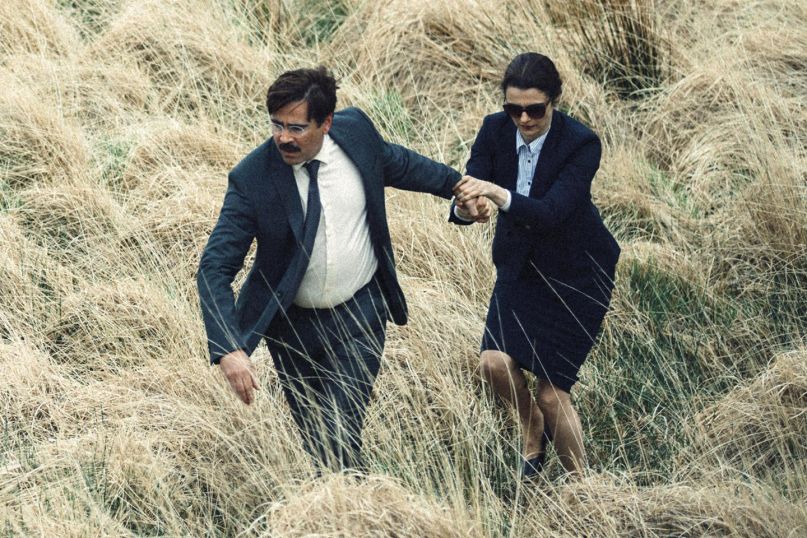 Love is perverse, and so are relationships. No matter how hard we try to understand the fabric of attraction, there’s no exact science to what drives and motivates us to come together. That’s easy to forget in today’s era of online dating, where potential lovers are commodified by digital sheets that collate their preferences, desires, habits, and lifestyle choices into one profile, all with the hope that they’ll be matched to someone similar. But that doesn’t solve anything; it’s only a start, and a weak one at that, but here we are swiping right and left expecting a future.

Director Yorgos Lanthimos gets all this, at least if we’re to judge his latest film, The Lobster. His dark, dark comedy is one long and loud metaphor to humanity’s never-ending struggle to understand just what the hell we all want out of love. The story takes place in a dystopian society of the near-future where unlucky singles are tasked by the government to find a romantic partner in 45 days. What happens if they don’t? Imprisonment? Death? Not quite. They’re crudely turned into an animal of their choice and banished into the woods. Are the metaphors clicking yet?

They should. Similar to the best of Rod Serling’s The Twilight Zone, Lanthimos and co-writer Efthimis Filippou orchestrate an unfathomable world that breathes from an imaginative and jarring premise that smartly connects to larger societal issues. Think about it: How often do you hear about tortured couples or lonely singles in your daily lives? Even better, where do you fall? That dichotomy is what makes this icy parable so relating; after all, we’re all familiar with the innate pressures to stay together or find someone special, namely because we fear we won’t belong.

Wisely, The Lobster doesn’t pick sides. Instead, the film parodies both the single and married life by splitting the story into two equal halves. The first half is set at the strange resort hotel, where Colin Farrell’s frumpy David arrives defeated and bemused after his wife leaves him for another man. He’s not alone, though. He has his brother, who’s been turned into a dog, and he’s now in the company of several similar men and women of all different tragedies. There’s John C. Reilly’s Lisping Man, Ben Whishaw’s Limping Man, Ashley Jensen’s Biscuit Woman, and the list goes on.

Similar to his 2009 drama, Dogtooth, Lanthimos takes an incorrigible and unlikely idea and makes it startlingly practical, but what separates the two is the ambition. The Greek filmmaker builds a stunning world with The Lobster, and much of its success stems from the inherent mechanics and the less-is-more storytelling that drops empty spaces for the mind to paint. Shot to perfection by go-to cinematographer Thimios Bakatatakis, it’s also an elegant and remarkable world to behold, and the Irish locales are breathtaking and enticing, a curious juxtaposition to the horrors at hand.

The situational humor asks for mostly stoic and sterile performances of its principal cast, but it’s all in the physical comedy. Watching Farrell attempting to slip out of a pair of locked trousers is something we’ll eventually see on YouTube, while the irreverent exchanges he has with Reilly or the understated Whishaw tickle the soul. The strangled chemistry between Farrell and Weisz manages to find air, and their bond is palpable, to say the least. Meanwhile, Seydoux proves once again to be the most formidable antagonist, thanks to her trademark death stare — you’ll hate her.

This is Lanthimos, though, so it’s as much a dark comedy as it is a slice of existential horror. That much rings true thanks to its Hemingway-esque conclusion, which should leave you rattled, confused, and depressed. Yet that’s ultimately the power of The Lobster and quite the testament to Lanthimos’ brand of storytelling and filmmaking: he’s able to trump the outlandish premise and turn the film into accessible and timeless reverie. It’s a spark of ingenuity that doesn’t rely solely on subversions or meta humor. Just originality.