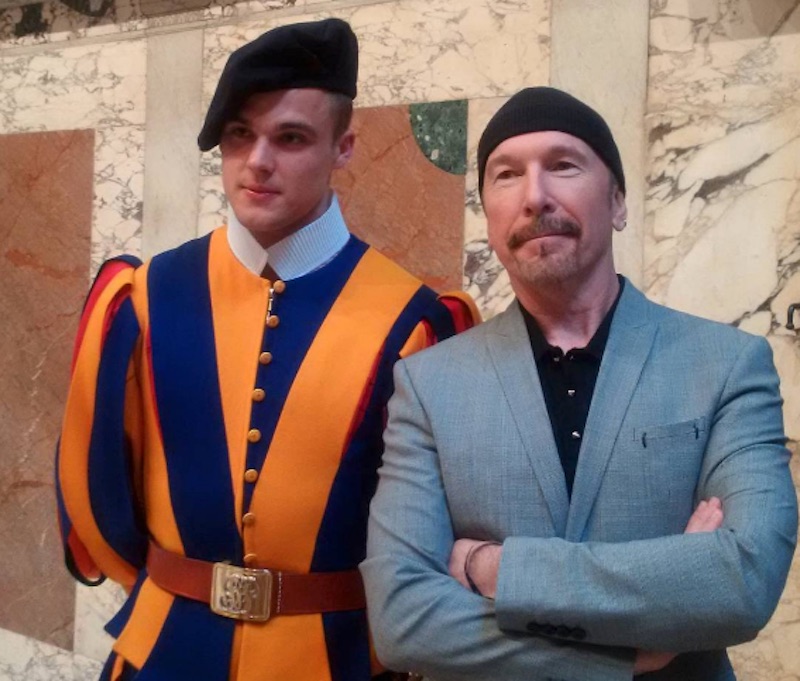 If you can’t go where the streets have no name, you might as well go where no other rock star has gone before. On Saturday, that logic apparently led U2 guitarist The Edge to become the first rock musician to ever play the Vatican. And he did it in the grandest, most U2 way possible, performing inside the Sistine Chapel alongside an Irish choir.

Standing in the corner of the Chapel, with Michelangelo’s famed ceiling fresco above him, The Edge performed before roughly 200 members of Cellular Horizons, a conference on regenerative medicine that took place at the Vatican over the weekend. The guitarist took his history-making turn in stride, even throwing in a joke about Bono: “When they asked me if I wanted to become the first contemporary artist to play in the Sistene Chapel, I didn’t know what to say because usually there’s this other guy who sings.”

Check out some fan videos below, which are probably illegal because as anyone who’s ever been hassled by Vatican security knows, you can’t take photos inside the Sistine Chapel. ¯\_(ツ)_/¯