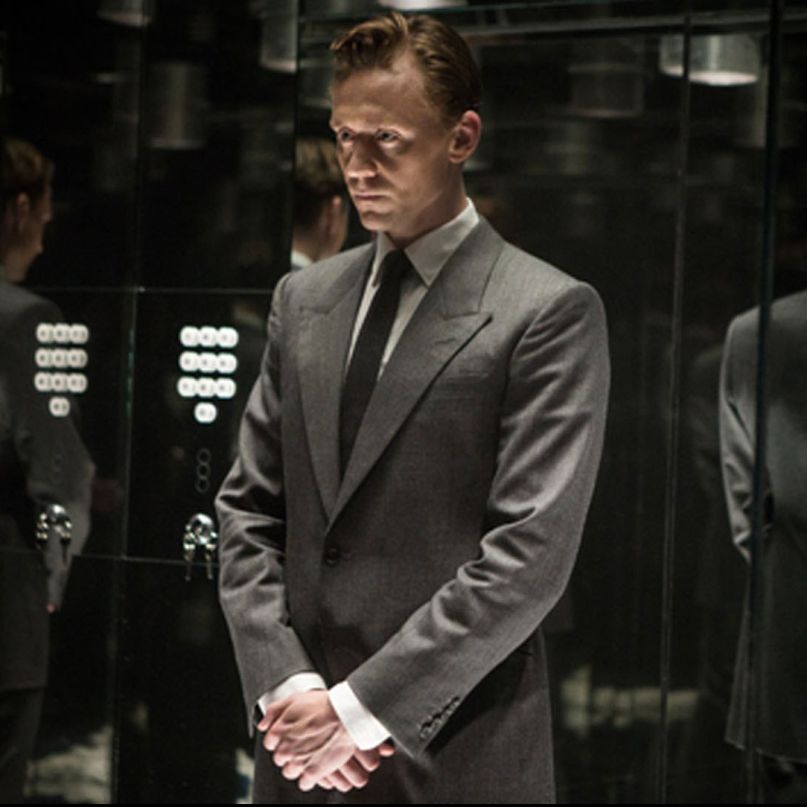 The following review was originally published as part of our TIFF 2015 coverage.

Some of those reasons are obvious. High-Rise is the first major adaptation of a J.G. Ballard novel since Cronenberg brought the iconoclastic writer’s Crash to the screen and scandalized/thrilled Cannes in 1996. Much like the Canuck’s psychosexual thriller Shivers from 1975 (the same year High-Rise was published, incidentally, marking a very strange time in architectural anxiety in the zeitgeist), the film takes place in a cold, isolated, Soviet-looking apartment complex and features the collapse of said building’s microcosm of society. It even features Beverly and Elliot Mantle themselves, Jeremy Irons (who starred in Dead Ringers and M. Butterfly), in an unsettling and blood-bathed role.

Other reasons are so subtle that they might be little more than the fever dream of an over-invested and obsessive reviewer. There’s a scene in which people eat birthday cake by hand that could be a reference to the Mantle brother’s pre-death birthday party in Dead Ringers, and a shot of a TV in a sea of garbage that looks awfully Videodrome-esque. But it could just as easily be coincidence. To paraphrase one of the characters in A Dangerous Method, sometimes a crudely consumed cake or discarded TV is just a crudely consumed cake or discarded TV.

The general tone and aesthetic of the film also have a touch of Cronenberg to them, and perhaps a hint of Kubrick as well. This is not to say that it’s derivative. Over the course of their still-young careers, Wheatley and his partner/writer/editor Amy Jump have firmly established themselves as artists who can stay true to the genre or source material they’re working with – be it a contract killer thriller (Kill List), wickedly black comedy (Sightseers), or psychotic/psychedelic mushroom trip (A Field in England) – while also maintaining their own delightfully twisted style. High-Rise is no exception. It might recall the two aforementioned cinematic masters at their most challenging and exciting, but it is also undeniably Wheatley.

Like the book (Jump’s script remains quite faithful, straying from Ballard’s original prescient vision just enough to make things even more unsettling), it begins with Dr. Robert Laing (Tom Hiddleston) casually enjoying a roasted dog leg on his balcony. The film then flashes back three months, to when Laing first moved into the building. The affable middle class everyman (who, according to his station, lives on a middle floor) is quickly welcomed by a number of his fellow residents, including the promiscuous socialite Charlotte Melville (Sienna Miller), aspiring documentarian Richard Wilder (Luke Evans), and his pregnant wife Helen (Elisabeth Moss).

Royal (Irons), the building’s architect, who lives in a lavish penthouse suite with his wife and their horse, develops a casual acquaintance with the doctor, but his fellow elite are less welcoming, and Laing soon finds himself in the middle of increasing tensions between the floors. As the building’s infrastructure breaks down, so too do relations between the disparate people who live there, and a series of roving blackouts and petty insults erupts into a violent and often bloody battle for dominance and survival.

High-Rise’s wild descent into dog-eating degradation is an imperfect ride, with Wheatley gleefully bringing almost as much anarchy to his direction as his characters bring to their residence. The pacing is uneven at best, wildly oscillating between tense interpersonal struggles and all-out bloody battles and randomly breaking out into baroque montages (the best of which includes Portishead covering ABBA’s “S.O.S.”) at will. And the use of a Margaret Thatcher slip at the end puts far too obvious a point on the class struggles that have come before it.

But, on the whole, High-Rise hits more often than it misses. It’s a playfully demented and dry evisceration of the tenuous hold that modern western civilization has on civility, walking a fine line between the best genre horror and the loftiest of intellectual indie cinema. The balance won’t work for everyone. The film is uncompromising and unapologetically polarizing, just as likely to inspire rave reviews as it is to incite angry walkouts – which is exactly what happened at its world premiere at TIFF. But that’s also part of the perverse fun. Film nerds, degenerates, and the sizable middle of that Venn diagram will be arguing about it for years to come.

To invoke Cronenberg one last time, you could say it’s original, daring, and audacious.