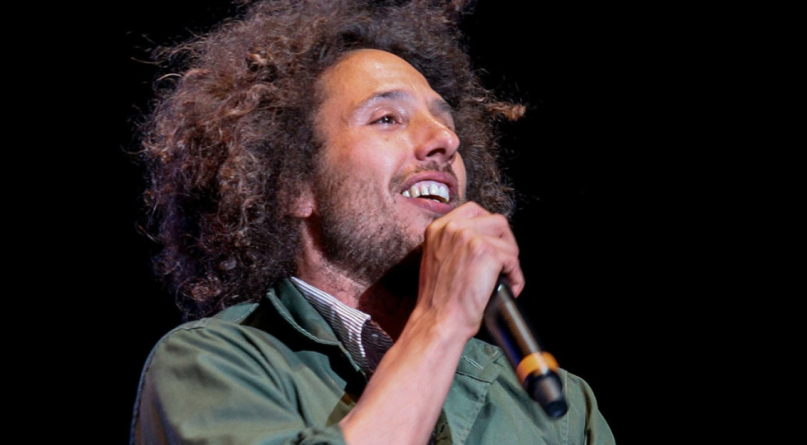 With the election season in full gear and Donald Trump just one FBI indictment away from the presidency, now seems like an appropriate time for Rage Against the Machine to make a comeback. For a moment it seemed like a reunion was imminent, but ultimately Prophets of Rage turned out to be a super collaboration between the Rage Against the Machine members not named Zack and MCs from Public Enemy and Cypress Hill

So where’s this leave de la Rocha? Aside from a one-off collaboration with Run the Jewels, the Rage frontman has shied away from the spotlight since the band’s last reunion in 2011. In a new interview Rolling Stone, Tom Morello, Brad Wilk, and Tim Commerford were asked about their longtime bandmate.

Morello and Wilk acknowledged they haven’t spoken to de la Rocha about Prophets of Rage, though Commerford said he did receive his blessing. “We’re a family and there’s support across the board,” Commerford explained. “I support him and everything he does, and vice versa. I’ve definitely been keeping him in the know. You’re never going to replace Zack, and we aren’t trying to do that.”

Most interesting, Wilk revealed that de la Rocha is busy “making a record right now.” He didn’t elaborate on the nature of the project, but undoubtedly speculation will center on de la Rocha’s long-in-the-works solo album.

FasterLouder recently published an extensive breakdown on the status of de la Rocha’s solo album, which he began working on following his initial departure from Rage in 2000. Over the following few years, he recorded upwards of 20 tracks with Trent Reznor, DJ Shadow, El-P, Questlove, and others. Questlove described the material as “dangerous” and “scary” with “crazy-fast beats per minute, a theremin, crazy synthesizer energy, Moogs, [and] a lot of drum’n’bass shit.”

However, many of those tracks were scrapped, because de la Rocha felt they sounded too much like Rage. “I felt that I was going through the motions,” he explained in a 2008 interview with the Los Angeles Times. “Not that what was produced wasn’t great, but I feel now that I’ve maybe reinvented the base sounds that emanate from the songs.” In recent interviews, both Shadow and El-P insinuated that the project had been scrapped all together.

Another possibility is a new album from One Day As a Lion, de la Rocha’s project with Jon Theodore. In a 2011 interview with FasterLouder, Theodore said a full-length album was finished, but as of today, it’s yet to see release.

We reached out to de la Rocha’s representatives for comment and will let you know if we hear back. Below, revisit de la Rocha’s solo track “We Want It All”, which appeared on the compilation album Songs and Artists That Inspired Fahrenheit 9/11 in 2004, and his DJ Shadow collaboration “March of Death”.