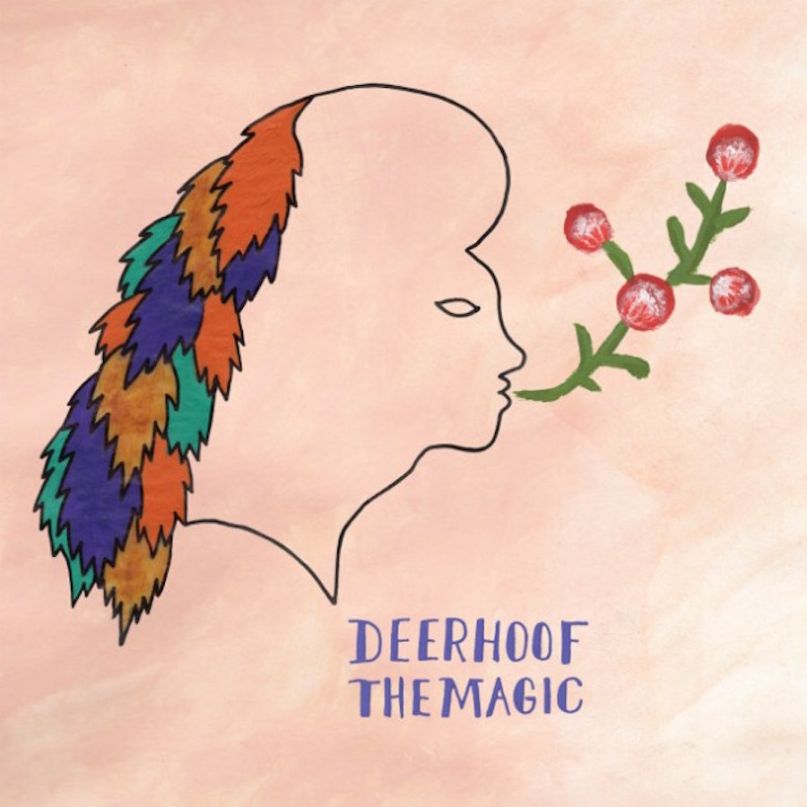 Satomi Matsuzaki had only been in the United States (after emigrating from Japan) for a matter of days when she joined San Francisco’s Deerhoof in 1995. A week later, she was on the road opening for Caroliner, and a couple of years later, she was recording Deerhoof’s 1997 debut album, The Man, the King, the Girl. That record introduced the world to the whimsical voice of Matsuzaki and the band’s raw, experimental songwriting. She would prove to be the band’s secret weapon. Not only did she learn how to be a versatile vocalist, she also taught herself how to play bass. That auto-didactic approach and experimentation informs Deerhoof’s music, swinging between punk, jazz, R&B, funk, noise pop, and a little bit of everything in between, vehemently defying categorization. Deerhoof doesn’t rely on the need to dictate a traditional tale in its songs, instead the culmination of a melting pot of musical styles seasoned with ample doses of Matsuzaki’s magical voice.

A lot has changed since The Man, the King, the Girl, but the magic of that self-reliant formula remains. To record their 16th album, The Magic, Matsuzaki, guitarist John Dieterich, drummer Greg Saunier, and guitarist Ed Rodriguez took off for an abandoned office space in the desert of New Mexico. Written over a seven-day period, Deerhoof went in with nothing but their talent and imaginations, and simply played. With the freedom and solitude to create essentially anything, the end result is an unsurprisingly eclectic mixture of sounds molded into a mostly cohesive body of work.

The Magic opens on a bang with “The Devil and His Anarchic Surrealist Retinue”. Although Matsuzaki’s lyrics are often difficult to pick apart, her voice gently peppers the song, fitting lines together like a neat little puzzle. “Kafe Mania!” follows with a classic rock riff and bursts of inharmonious noise. “Life Is Suffering” sounds like anything but — actually upbeat and quite positive. The beautiful synth intro to “Criminals of the Dream” shines and seamlessly leads into “Model Behavior”, which starts with Matsuzaki singing over a funky bass line and more spaced-out synths.

While they extract sounds from their typically diverse set of influences as usual, here they bounce back and forth between a light dream pop bliss and more aggressively upbeat joy. Though the album runs on a sugar-high throughout, the joints between those two happinesses can stick out too sharply. “That Ain’t No Life To Me” and “Dispossessor” lean more aggressively towards punk rock, while “I Don’t Want to Set the World On Fire” burns entirely differently, a distorted version of the classic doo-wop track written by The Ink Spots in the ’40s. While the vibe may be broken from time to time, these tracks are a clear indication that their sources of inspiration can come from anywhere.

On songs like “Patrasche Come Back”, “Learning How To Apologize Effectively”, and “Plastic Thrills”, the cryptic titles give an idea of how difficult Matsuzaki’s lyrics can be to understand. That said, she could probably be saying anything and it would work. Her ethereal voice works flawlessly as a counterpoint to the harsher moments and an accent on the light flourishes. Although Matsuzaki’s airy voice can be an acquired taste, overall, The Magic delivers fun pop melodies that require some patience. Rather than solely detailing a narrative, Matsuzaki also uses her words as rhythmic punctuation; that’s a key thrill of Deerhoof’s catalog, but can be a challenge to connect with. The songs here, though, absorb it quite easily, woven adroitly into the musical fabric. As Deerhoof continue to grow, change, and follow their passion, it’s astonishing to watch their talents heighten and reach magical new heights.

Essential Tracks: “That Ain’t No Life To Me”, “Criminals of the Dream”, and “I Don’t Want to Set the World On Fire”