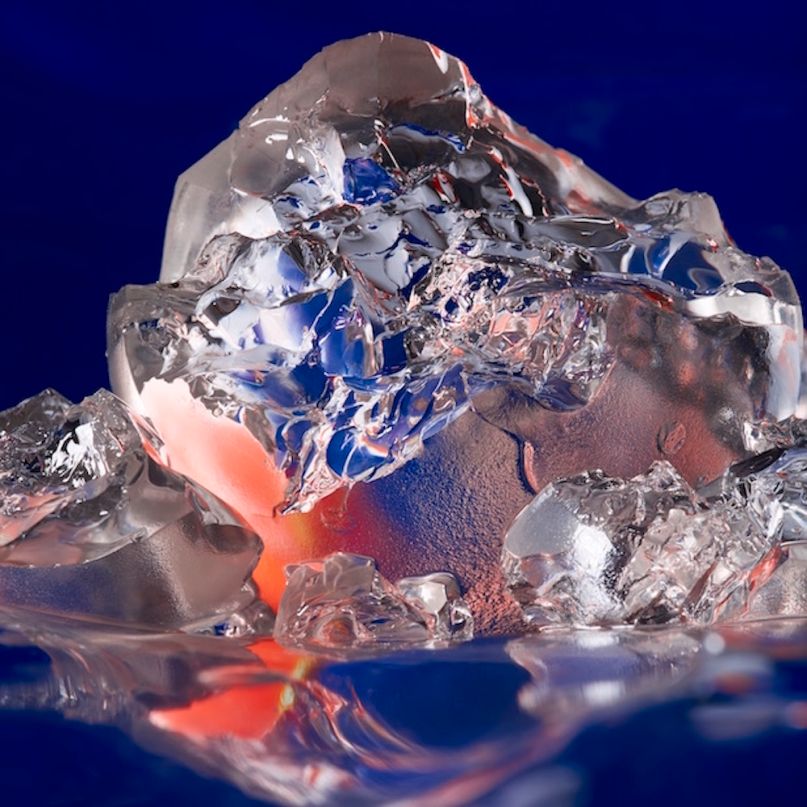 While the three years since Delorean’s last LP, Apar, may not seem like a lot of time, it’s seen one of the most dramatic shifts in the band. Shortly after the release of that album, the Spanish indie pop outfit was kidnapped in Mexico City for 30 hours, their lives being threatened. Thankfully they managed to escape and get back on the road the next year. The band’s ability to persevere is admirable. It’s exemplified in the hopeful MUZIK, their first album since the incident.

Putting too much weight on that horrible incident in terms of their craft would be unfair, but the juxtaposition of the two is hard to ignore — especially considering how much of a sonic leap this record is. Previously, the band was known for their shimmering guitars and nebulous, dream pop leanings. MUZIK sees them majorly delving into electronic and dance music. The guitars are now textural, lifting up the synthesizers and pulsing beats. Even the crystal album cover reflects this change.

If there’s a complaint to be had about their earlier work, it’s homogeny. Delorean have a knack for writing wistful guitar lines and hazier vocals, so much so that they’ve started to blend together. It’d be hard for a casual fan to hum out a few different and defined Delorean tracks. Mixing it up is probably the best move they could have made. If those records sounded like nights at home, these tracks are the soundtrack of venturing out into the city. Opener “EPIC” draws in with twinkling keyboards and twisted vocal samples, slowly building up to a crescendo. The drums hammer, pulsing through the speakers to put the rhythm front and center. It swells with arena-like confidence.

However, old habits are hard to shake. The feeling from “EPIC” bursts forward into “MUZIK”, another dance-friendly hit with anthemic instrumentation. The vocals explore vague platitudes: “Music’s got a hold of me, it’s shaping the ground where I am.” It’s another fine track in the right direction, but largely feels the same as the previous. This patten occurs again and again on the the record until it becomes clear that the band has traded in one form of homogeny for another.

Looked at as an album, this is a major fault. But imagining this record as an underground dance party mix puts it in a different light. It’s not music meant to be listened to and parsed through on headphones, it’s meant to be lived and requires a physical reaction.

Thematically, it’s clear that the band are celebrating their genuine love for music. Given where they’ve been, it makes sense and it’s a lovely idea. This is a welcome step forward for a promising band, and a beautiful statement. However, in practice it becomes a bit laborious. Each song hangs in the same atmosphere, offering little variety but plenty of good vibes. If they can find a way to take this new sound they’ve developed and stretch it to new extremes, they could reach a new peak. They show every capability of doing so on this record, and it’s exciting to wonder where they may go next. Their enthusiasm for music appears to be way too apparent for them to stay static for long. Delorean won’t back away from a challenge.