DJ Shadow – The Mountain Will Fall

Legendary DJ makes some missteps, but the journey remains whole 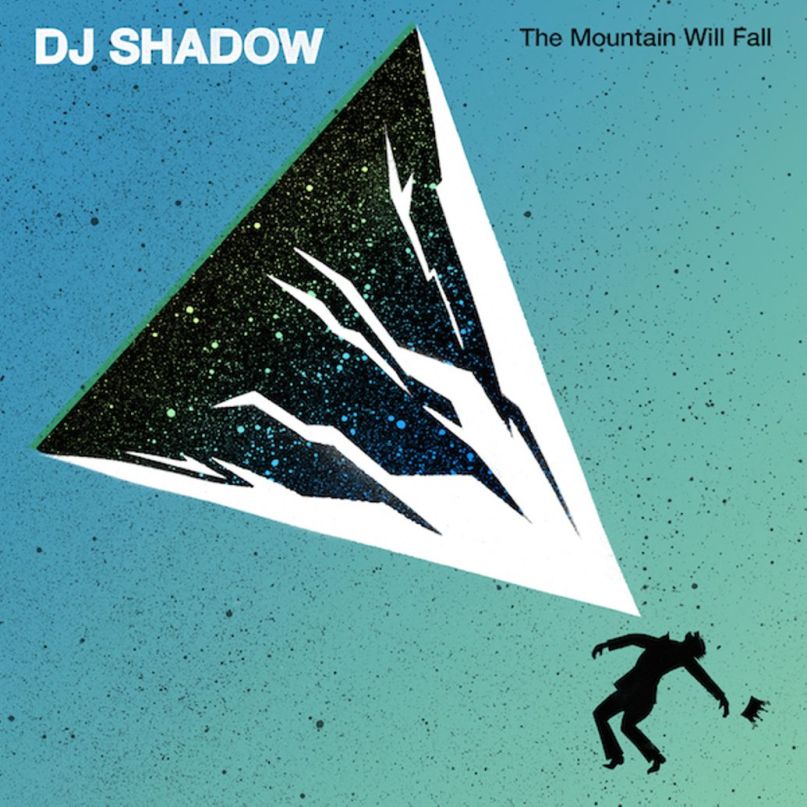 “I’m a bag of dicks.” It’s not exactly at the top of the list when it comes to redeeming qualities. Nonetheless, El-P of Run the Jewels proudly owns this statement on “Nobody Speak”, the second track from DJ Shadow’s new The Mountain Will Fall. El-P and RTJ counterpart Killer Mike ride the beat like expert skiers on the moguls. It’s one of just a few vocal tracks on the mostly instrumental 12-track album, one that finds Shadow (aka Josh Davis) leaning away from his sample-heavy style and more towards Ableton Live software.

As the follow-up to 2011’s The Less You Know, the Better, The Mountain Will Fall is Shadow’s fifth solo album since his 1996 groundbreaking debut, Endtroducing. Over the years, he’s perfected his craft and earned the freedom to be as experimental as he wants to be without much thought to commercial success. After the sizable “Renegades of Rhythm” tour with Jurassic 5’s Cut Chemist (featuring Afrika Bambaataa’s vast record collection), a DJ gig at the infamous Los Angeles club night Low End Theory, subsequent sets at various festivals, and collaborations with Diplo, Shadow found himself aching for new scenery. The Mountain Will Fall appears to find Shadow in an entirely different environment.

While not as prevalent on The Mountain Will Fall, Shadow still dabbles in creative sampling. The title track includes a sample of Italian musician Dario Baldan Bembo’s 1975 orchestral “Prima Alba”. In addition to his innovative sampling, Shadow narrows in on the original composition with a everything from synths and horns to woodwinds. That album opener begins the daunting journey up the mountain and slowly builds over the course of the nearly five-minute instrumental until it peaks with the explosive “Nobody Speak”. Following that, the off-beat, slow “Three Ralphs” repeats its title over and over again. Reminiscent of the highs of Shadow’s 1998 compilation, Preemptive Strike, the flawlessly constructed piano notes tie it all together at the end, which in turn segues well into the downtempo sounds of “Bergschrund” featuring German producer Nils Frahm. Shadow doesn’t let things get too somber for very long. The Ernie Fresh-aided “The Sideshow” keeps the album on its roller coaster track, providing enough ebbs and flows to keep from feeling stale.

Things get weird, however, on “Depth Charge” and “Mambo”. Both songs suffer from some chaotic, cacophonous beats that interrupt the overall flow of the album. The former is overshadowed by a dark, menacing bass line that clashes with light strings. Sadly, there’s only one word to describe “Mambo”: irritating. The repetition of the word “mambo” over another messy beat fails to do much. There’s too much going on to really make much sense of what’s happening.

Shadow quickly makes up for that with two of the most alluring tracks on the record. “Ashes To Oceans” features British jazz composer and trumpeter Matthew Halsall, providing a gorgeous contribution to the already haunting composition. On “Pitter Patter,” rain-fall piano notes permeate the track while producer Bleep Bloop and Nite School Klik associate/trap producer G Jones give it an ethereal feel. Their collaboration feels so comfortable, likely tied to the fact that both artists are signed to Shadow’s recently launched imprint, Liquid Amber. However, the sloppy “California” disturbs the continuity of the album. This kind of bounce between controlled flow and abrupt mess could be an attempt at keeping the audience on its toes, but it doesn’t show that intentionality.

The album ends on two rather bleak notes with the appropriately titled “Ghost Town” and “Suicide Pact”. Sonically intriguing and full of depth, the unmistakably morose content suggest a soul-searching adventure, one which Shadow is all too eager to share with the rest of the world. The record’s title was taken from a tweet in which Davis announced the start of his work on a new LP. “It’s like being at base camp and looking up at an unconquerable mountain; can’t dwell on the difficulty, you have to just start the journey,” he tweeted. One step follows the next, which leads the way to the next. There will be missteps, but as long as the vision is whole, the mountain will fall.