From grief comes triumph for the French alt metal outfit 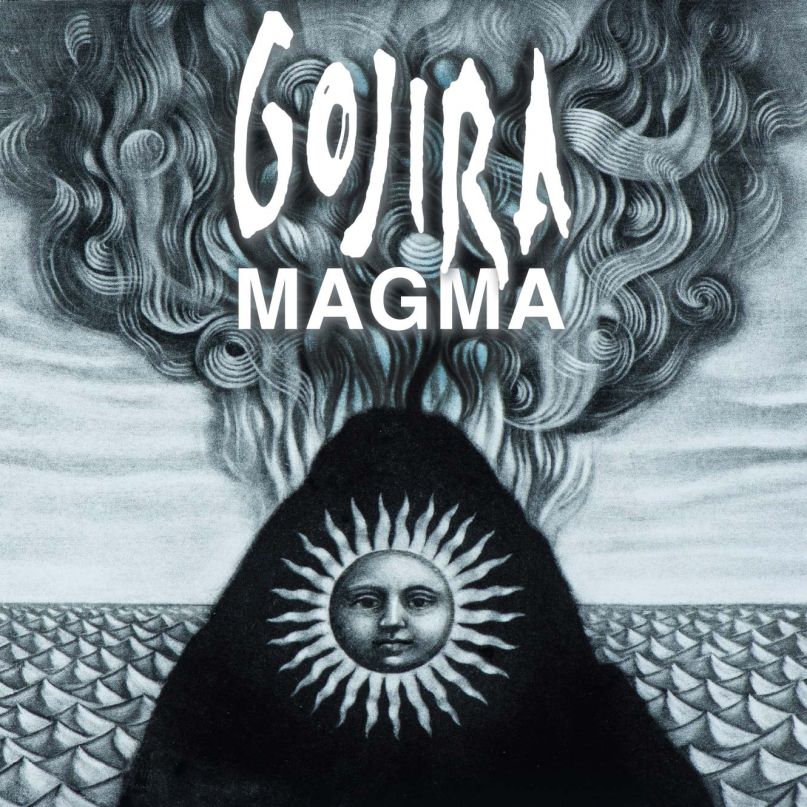 They say change is healthy. In the case of Gojira, they’re right. The brothers Joe and Mario Duplantier moved from France to New York City before working on Magma, the band’s sixth studio album. Working for the months by hand, the Duplantiers built their own studio with the advance money they received for Magma, intent on tracking the album before opening the studio to the public for recording. It was a longterm plan. The brothers and their families were making the move a permanent relocation.

Then, early in the demo stages of recording, Joe and Mario’s mother died. In their grief, they came to rely on Gojira. Moving to America took on a new significance — the turning of a page. The new album became more than a music project. It was a haven, a means of coping and interpreting the pain. “Therapy,” as Joe described during an interview on LiquidMetal XM.

There are themes of transition and liberation throughout Magma. As the Duplantiers’ lives were altered dramatically, so was their songwriting. This is not the death metal of From Mars to Sirius, nor does it pretend to be. Gojira move toward groovier and hookier territories, wearing their love of Meshuggah and Deftones proudly. It’s that archetypal album that will frustrate stubborn fans awaiting another Sirius, while simultaneously attracting a whole group of new listeners.

Magma is the most accessible and varied Gojira album yet. Each track, from the crusher “The Cell” to the spacey “Low Lands”, has its own mood and personality, teeming with hooks and atmospheres. “Silvera” showcases the duality of Joe’s guitar and Mario’s drumming. While the latter lays down challenging rhythms, hiccupping time signatures, and baffling kick-snare syncopations, Joe opts for his catchiest melodies and riffs, countering his brother’s complex arrangements with minimalism and brevity. Each track touts an unforgettable element — a poignant phrase (“When you change yourself, you change the world”); a riff that seeps into your soul (the harmonic barb at the beginning of “Stranded”); a curious tone (Joe’s guitar mimicking a Gary Numan synth on “Magma”). Gojira are wise and economic with their production, never cluttering the sonic palette, but instead choosing one texture and letting the rest take a background role. Not a verse, chorus, bridge, or refrain goes to waste.

Joe’s vocals are clean as often as they’re harsh — and sometimes in between, a la Baroness’ John Baizley. He employs death growls when appropriate (“The Cell”, “Only Pain”) and sings smoother melodies when the music gets airy and spacious, most notably on the blissful “Low Lands”, which verges on post-rock. When one track reflects on a darker emotion, the next reaches for the kind of epic triumph that reminds us of all of metal’s glory. The Duplantiers challenged themselves with this record, both in composition and production. Mario’s drum parts are the impossible concoctions of a madman virtuoso bored with the same tired 4/4 pocket; Joe’s got the songwriting chops to build around those rhythms, evoking the spectrum of feelings that no doubt inspired this record.

In that aforementioned XM interview, Mario said that Magma is the first time he’s been able to listen to a Gojira album and feel 100 percent confident in every single note. “Those are the songs,” he said confidently. “That’s just how they are.” The final track on the album is a beautifully subtle acoustic piece called “Liberation”. Captured in earnest with a room mic and no frills, it cuts almost as hard as all the metal that precedes it — a symbolic closure to their personal journey, just Joe on a nylon six-string and Mario pattering a soft beat. Magma might not be the album fans were expecting, but it’s really not about them. The Duplantiers had to make this album for themselves. We are the fortunate witnesses.