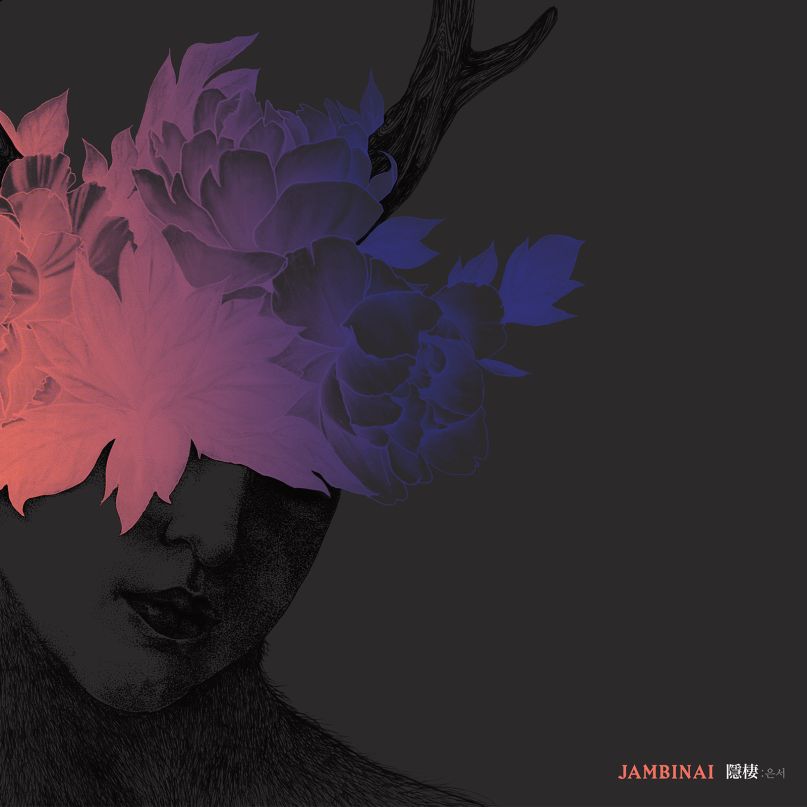 All of humanity feels anger, sorrow, awe. It’s a wonder that we ever feel completely alien to anyone else, no matter how distant their culture may seem. That may seem like some Hallmark bullshit, but the music world bears it out. The big, raw, visceral emotions break the language barrier. A kid carrying around a pitch black electric guitar on one end of the world and another sitting with a geomungo at the other may look very different (seriously, look up the geomungo), but they can be used to produced the same sort of magic. And in the case of South Korean outfit Jambinai, they’ve got both.

Jambinai can easily be sold on novelty; in addition to bass, guitar, and drums, the quintet employ the aforementioned geomungo (a massive, bassy zither), a reed flute called a piri, and the bowed, almost nasally-pitched haegum. Founding members Ilwoo Lee, Eunyong Sim, and Bomi Kim studied Korean folk and classical music in college, but they fuse the dramatic emotionalism of those styles with those of various rock traditions. At their lightest, the massive songs approach gray cloud post-rock and jazz ambience, and reach into the droning noise of sludgy metal at their darkest.

But to say that Jambinai’s post-rock epics are indistinguishable from compatriots like Mogwai, Godspeed, and the like would be to deny the weight and history of their instruments and influences. The geomungo provides a unique baseline; Sim bends and tweaks her notes manually, giving their circular droning lines an extra buoyant and sometimes disorienting quality. Kim’s haegum, meanwhile, stretches near human wails at times, and at others produces surreal chilled winds. Lee’s piri can sound (at least to the untrained ear) almost animalistic, breaking and sighing as the world falls apart.

Both similarity and distinction are apparent from the opening and explosive “Wardrobe”. All of the thunderstorm drumming, teenage angst guitar distortion, and gritted teeth screaming are there, the inescapable darkness clinging to the scene. But then Kim’s haegum saws into an open pocket, moonlight streaming down over the sludge. Similarly, “Echo of Creation” utilizes its unique instrumentation for atmosphere, Sim rattling and hammering against the neck of the zither-like geomungo. The massive instrument’s traditional tuning is used to great effect on the bleak, cyclical “Abyss”, especially paired with the repeating, venomously spoken Korean lyrics of guest vocalist Ignito. Conversely, the more open-ended, less rock-indebted tracks share just as much impact, floating ghostly in the ether and picking out the moments to strike.

The true highlight, though, is the six-and-a-half minute closer “They Keep Silence”. The track was inspired by the Sewol ferry tragedy, in which a ship mainly carrying high school students capsized and sank, killing over 300. According to Lee, the song is his response to the silence the event was met with by many in the Korean government, despite the apparent negligence of the crew. “Many musicians in Korea made songs of sadness, mourning all those innocent victims but I didn’t want to do that,” he told The Line of Best Fit. “I wanted to focus more on the anger and suffocation.”

Lee, a guitarist in hardcore bands in addition to chief songwriter for Jambinai, finds the purest, most evocative rage here. His words come out as if seeping out of him, syllables blunted and watery. The geomungo ripples and bends under the pressure of the rest of the band, though never breaks. The haegum begins in distorted bursts before clawing into a screaming fury. Then everything falls away. Byeongkoo Yu’s bass rings out a bit, as do drummer Jaehyuk Choi’s cymbals. The loss is felt, desperately, and yet there’s nothing. But rather than let that silence last, the band explode into an even stronger fit, pushing fiercely at the edges of the track. That refusal to keep quiet is essential to the makeup of Jambinai, accentuating and amplifying traditional Korean music, turning up the noise, and letting both traditional and modern emotions vent.