The most fun you'll have listening to two saxophones shadowbox 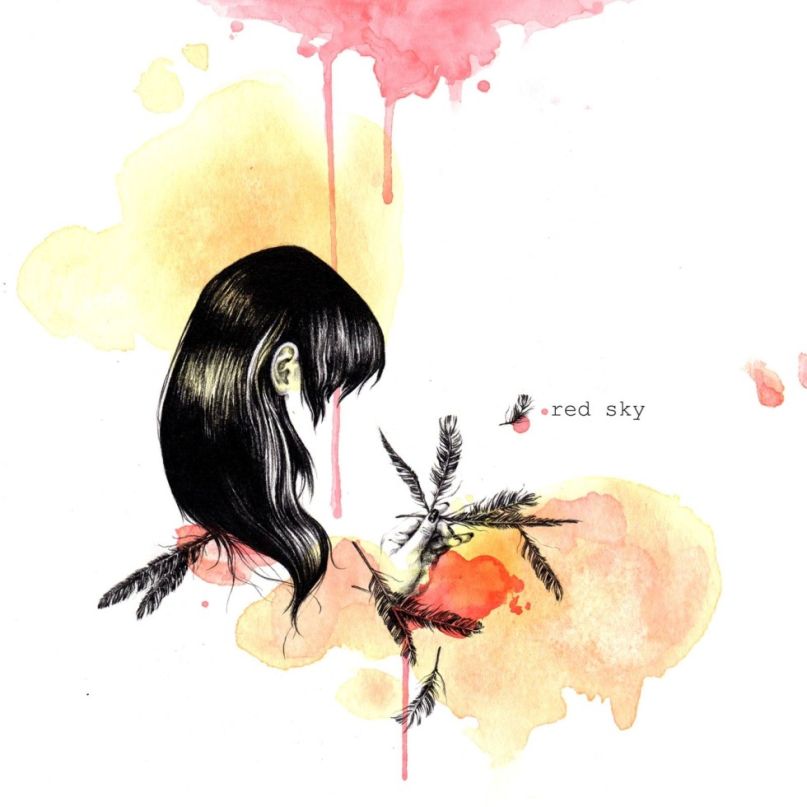 Some primal switch in your brain turns on when Moon Hooch starts flexing their muscle on the aggressive Red Sky. Even if chaotic dueling saxophone riffs aren’t normally your jam, there’s something undeniable about the way the two horns shadowbox each other while the drums play the part of antagonistic referee. “Red Sky” opens the album in a frenzy. The percussion fidgets like a second grader at the end of the bathroom line while the brass growls ferociously. It’s almost too much to sustain before the clenched saxes exhale with the panache of Rob Lowe’s bad boy character in St. Elmo’s Fire. In a little over three minutes, Moon Hooch cement their status as one of the most nimble and fun acts around.

“Booty House” is designed to expel perspiration by the bucketload. If no one thought of syncing an aerobics class to hyperkinetic saxophone before, Moon Hooch can fully take credit. The melody line screams like a super-smiley instructor prodding spandex-clad women to lift those butts higher and higher. The path from nameless buskers, to rabble-rousers banned from performing at a New York subway stop, to Mike Doughty’s tour mates can easily be traced from this euphoric free-for-all. Along with the sneakily percolating “Something Else” — which culminates in a torrent of belches and wheezing rivaling the effortless mastery of Jeff Buckley scatting on those Live At Sin-e recordings — the band can give lessons on how to cause a ruckus.

While the trio excels at creating these adrenaline-pumping grooves, it also adheres to the adage that you can have too much of a good thing. Red Sky finds Muschler, Wilbur, and Wenzl incorporating the sound-manipulation gimmicks that made their 2014 NPR Tiny Desk concert (the one with the strategically-placed traffic cone) so memorable, but also stretching out into the robotic slow-burn Radiohead has perfected. Moon Hooch may never reach the delicate chemtrails left behind by Yorke and co., but on a track like “On the Sun”, the debt is clear. Anchored by Wilbur’s languid vocals, the song’s brass alternates between howling at the moon with the fury of Alto Reed on Bob Seger’s “Turn the Page” and morphing into a set of bagpipes for a tumbling Irish jig.

In a live setting, giving Wilbur a turn at the mic might deliver a subliminal message that it’s time for a beer run, but the handful of tracks on Red Sky where traditional songwriting takes over offers a mild reprieve from the bedlam. “Shot” begins like a an into to Dragnet, if remade (again) for the big screen starring Andy Samberg, while Wilbur’s repeated refrain buttressed by Muschler’s cracking flourishes puts him in Bloc Party territory. “Sunken Ship” takes a cue from another electropop British outfit: Hot Chip. But where Alexis Taylor impishly sprints to the dance floor, Wilbur limps there as if waddling underwater. Whatever their inspiration, though, like Kevin Bacon’s iconic directive at the end of Footloose, this successful third foray into the studio finds Moon Hooch with only one objective: “Let’s dance!”