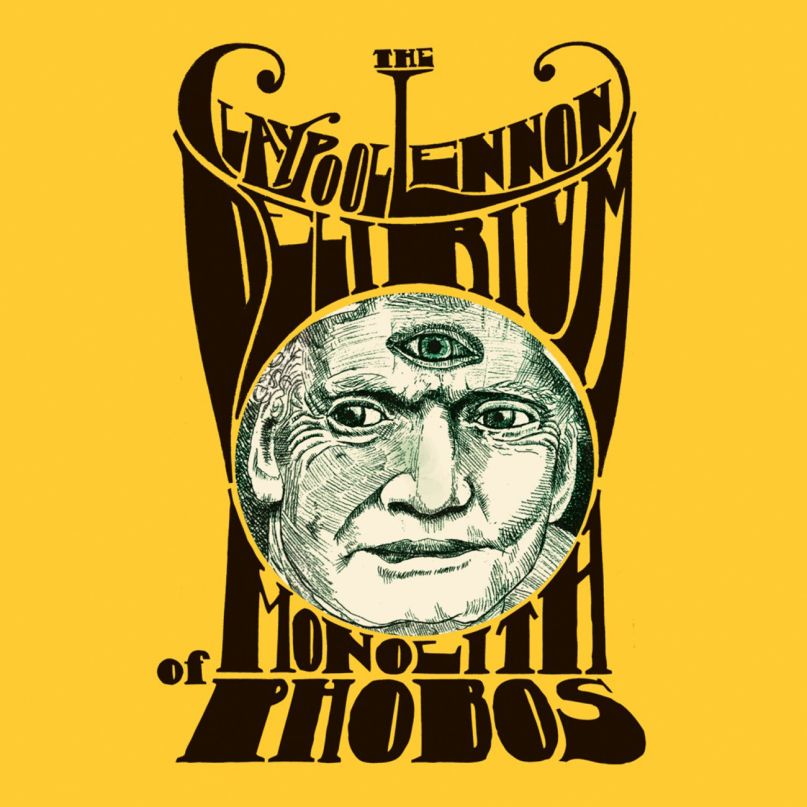 Like a lot of children of wealthy parents, Sean Lennon doesn’t really have to strive to do much of anything. The nearly 41-year-old son of John Lennon and Yoko Ono is free to dabble in whatever pursuits tickle his fancy with little fear of his life being irreparably damaged if they fail or he bores of them. Being a musician, that has allowed Lennon to wander with a delightful aimlessness around the underground and indie music world. He’s tried his hand at loose-limbed pop (solo albums Into the Sun and Friendly Fire) and exploratory film soundtrack work. He’s made music with others, including a brief stint with Cibo Matto and his ongoing project The Ghost of a Saber Tooth Tiger with girlfriend Charlotte Kemp Muhl. He’s also collaborated with buddies like Albert Hammond, Jr. and Deerhoof drummer Greg Saunier.

That’s why when word came down that Lennon was going to release an album made with Primus majordomo Les Claypool, the public response was, generally, “Sure. Why not?” Lennon has carved out his own discursive path through the music industry thus far, so a quick trip to the psychedelic wilderness that is Claypool’s mind isn’t going to do his reputation any harm.

The low expectations for the debut release by The Claypool Lennon Delirium may work in its favor, however, because for what was essentially a wine and ‘shrooms-fueled lark by these two talented men, Monolith of Phobos is surprisingly successful. It won’t knock off the top spots from anyone’s Best of 2016 lists, but like a nice piece of candy, it works well as an occasional treat.

It certainly helps that both gents are better musicians than most. Lennon is a fantastic guitar player capable of moving between jazzy restraint and psych rock overload with ease and knows how to tastefully add synthesizer tones to songs. All those skills come in handy throughout Phobos as he counters his musical partner’s fleet-fingered bass runs, or at least keeps them from getting too close to the sun. Lennon’s snaky lead lines and clanging keyboard anchor “Mr. Wright” and add a little weight to the frivolous two-movement prog silliness of “Cricket and the Genie”.

And for all of Claypool’s out-and-out musical goofiness, it has to be said that the guy is a pretty remarkable bass player. He’s one of the few that has a completely distinct tone, a rare combination of rubber and grit. For all the frippery going on around it, that dancing, bubbling sound tends to take center stage on this collection. As ever, Claypool refuses to let the instrument be simply the rhythmic foundation of any given song. He wants to be high in the mix, leading the charge.

What you shouldn’t do while listening to this is dig too deeply into the lyrics. Outside of the political commentary of the jangling, harpsichord-led “Ohamerica” (“If you’ve been good, you need not be afraid/ It’s best not to question the things that you’re told”), there’s nothing of real consequence here — unless you have a penchant for hallucinogenic tales of young men finding comfort after rubbing a magic lamp or a strange, swimmy ballad written about Michael Jackson’s famous pet chimp (“Bubbles Burst”). If you’re looking for profundity, you’re in the wrong opium den, bub.

Then again, maybe that’s just the critic in me talking. A lot of music writers tend to forget that the average listener isn’t often looking for the deeper meaning behind a song. Sure, I’ve heard plenty of back-and-forth about the Christian themes of Coloring Book and whether the lyrics on Lemonade are true, but what I’m hearing more is how much people want to hear “All Night” or “Sorry” in the club.

There’s something to be said for albums like Phobos, albums whose creators have zero expectations, commercial or otherwise, behind it. They have to know there’s already a built-in audience of Primus fans and rubberneckers who are going to slow down and give it the once over. But otherwise, they just wanted to see what would happen if they downed a bunch of alcohol and edibles and played around in the studio for a few days. And, “Oh, hey, I happen to have this boutique record label that I can release it on. Won’t that be a kick?”

The shelf life for this project is going to be a short one, even with the concert tour that the Claypool Lennon Delirium is set to embark upon (including what should be a very welcome stop at the upcoming Bonnaroo). But, like the people who created it, you risk nothing by giving it a listen.