Whitney – Light Upon the Lake 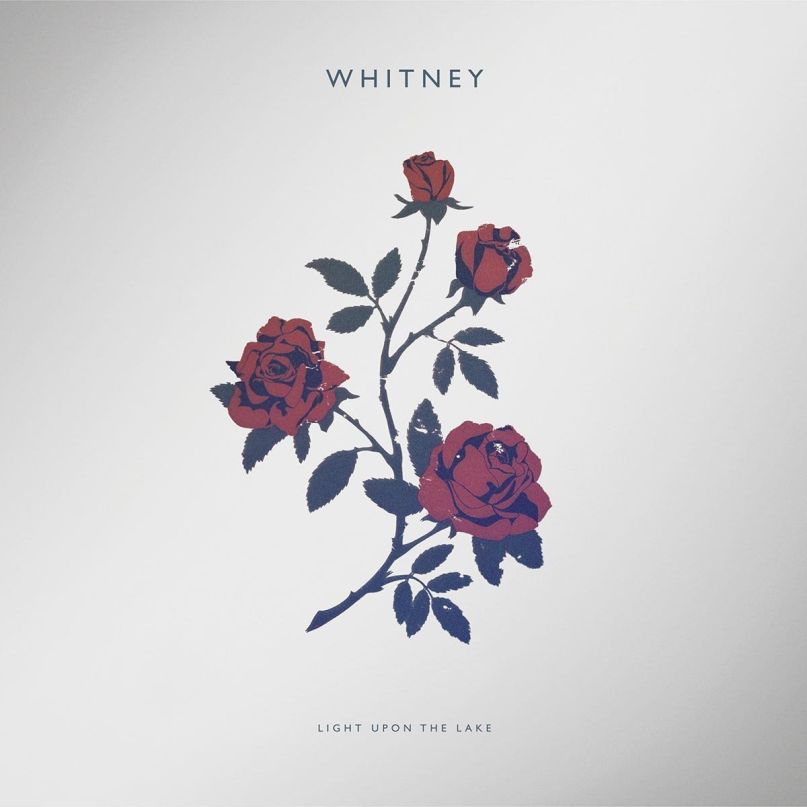 Bands are born, they live, they make records, they play shows, they break up, they die. Some reunite (most reunite), some don’t. That’s pretty much how it goes. In December, 2014 one band, Smith Westerns out of Chicago, Illinois, met its final end. Front man Cullen Omori went one way, signing a deal with Sub Pop and cutting a solo album, while guitarist Max Kakacek and drummer Julien Ehrlich went another. The latter pair went out and found a whole new group of musicians to play, write, and record with. They named themselves Whitney and quickly found a home on Secretly Canadian. Their debut album, Light Upon the Lake, is as majestic and as ethereal as its title implies.

To make their grand introduction to the world, Whitney chose to lead off with the song “No Woman” — it’s the first track on this album, and the first single that the band released to the masses. They made the right choice. “No Woman” a gorgeous, emotionally evocative tune. Opening with a tender, electric piano that’s punched up with a brusque trumpet part, the song quickly falls into a sparse, acoustic guitar-driven ballad. Ehrlich’s falsetto sounds severely wounded and perplexed as he weaves his tale about leaving on a train to spend some time out in the wide open.

For those aware of Whitney’s backstory, it’s hard not to listen to “No Woman” without relating its theme of checking out for a bit to put the past behind you to Kakacek and Ehrilch’s own recent travails in the music industry. “I’ve been going through a change/ I might never be sure,” Ehrlich croons. Of course, it could just as easily be a broken relationship that spurred him on his journey, or fleeing a shit job. Regardless of its impetus, “No Woman” is touching for all the reasons that a song about driving by a bay at midnight can be touching. The imagery, combined with the softened, ‘70s California singer-songwriter vibe is instantly disarming and overwhelming.

The mood takes a lighter turn on “The Falls”, jaunty pop piece featuring a delightfully twangy guitar solo. But the reflective mood can’t be held at bay for too long, returning on “Golden Days”. That said, the vibe of this song is decidedly more upbeat than “No Woman” — think Gram Parson’s brand of country mixed with Stax-like orchestration — but the subject matter is all the same, if the end desire isn’t flipped. Instead of wanting to check out, Ehrlich now laments a relationship gone wrong. It’s a “shame that we can’t get it together now,” he offers, “searching for those golden days.”

Whether he wants to get away or to get everything back together, Ehrlich does an excellent job of wanting throughout the record. Light Upon the Lake inspires self-reflection — no, it insists upon it. Songs like “Dave’s Song” (a melancholic mood-piece defined by a quickly delivered pentatonic digression over a very present and thumping bass line) don’t actually focus on the characters sketched within. Through evocatively delivered lines like “It’s hard to give up, when I don’t wanna be saved” ringing in your ears, you’ll think about your own behavior and the way it may have affected the characters that inhabit your own world. Everything is framed in such relatable terms that the urge to superimpose your own life story onto Whitney’s skeleton is palpable. Their dulcet, vintage tones intoxicate and overwhelm the senses, while the cutting lyrics set the table for a thoroughly emotional listening experience.