In a year marked by loss, the legend's latest is a glaring bright spot for classic rock fans 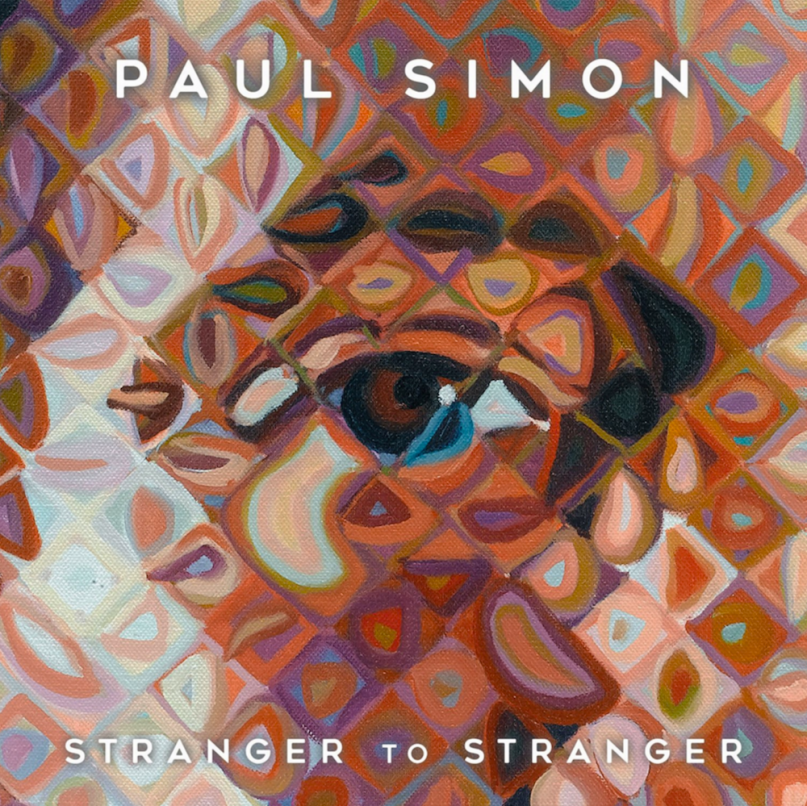 “The werewolf’s coming,” Paul Simon cautions at the start of his 13th solo outing, Stranger To Stranger. That’s a menacing lyric coming from a guy who, at 74, undoubtably has a first-class window seat on the pop music gravy train. He helped ease fans through the tumult of the ’60s alongside Art Garfunkel. In ’80s, he did the seemingly unthinkable by turning African rhythm and world music influences into an outside-the-box mainstream smash. So what gives? What could possibly be eating at the timeless pop music icon this late into his historic career?

Nothing really, other than an innate need to continue to earn his keep. That might sound bizarre coming from someone who has said and done more in his career than most artists could ever hope to. But as Simon told Rolling Stone back in April, your past successes sometimes create more pressure to keep things fresh. “To get people to listen with open ears, you have to really make something that is interesting because people are prepared for it not to be interesting,” he said.

That’s a pretty tall order for someone with 50 years worth of tunes in his back pocket. But Stranger To Stranger sounds like the singer came into it energized by the challenge. Lyrically, Simon is shouldering a substantial chip. “The Werewolf” works as a metaphor for all of the social ills he perceives: murder, greed, politics, and people’s overall self-serving bad behavior. The song is soaked with Simon’s sour disposition, even as he sings over the kind of charming afro-pop that feels as warm today as it did on Graceland 30 years earlier. Still, some lines nail his overarching grievances dead to the wall: “Most obits are mixed reviews/ Life is a lottery a lot of people lose/ And the winners, the grinners with money-colored eyes/ Eat all the nuggets and they all got extra fries.”

Simon is in scrappy, fighting form here, and he’s clearly got no shortage of targets. Everything is ripe for skewering on Stranger To Stranger, from small issues like macho doormen (“Wristband”) to organized religion. “God goes fishing, and we are the fishes,” he sings on the funky “Street Angel”. “He baits his line with prayers and wishes.”

Lyrically Simon’s locked and loaded, but the singer doesn’t exhaust all of his creative touches on wordplay and symbolism. With the help of longtime friend/producer Roy Halee behind the boards, Simon again proves himself to be among the most sonically adventurous elder statesmen in pop music. Danceable pop drives the bus on cuts like “In a Parade” and “Street Angel”, which with its colorful effects and scratches sounds like a Graceland cut updated for 2016. When he’s not using studio trickery, his technical proficiency rains all over the folky, atmospheric “Proof of Love”. But Stranger To Stranger isn’t a front-to-back document of cranky artistry. There are also a few short instrumental interludes, including “In the Garden of Edie”, written in tribute to Simon’s wife, Edie Brickell.

Stepping outside the bounds of the record itself for a moment, it’s hard to fully appreciate Simon’s latest without putting it in the context of the current classic rock landscape. 2016 has been an unusually cruel year thus far. With Bowie, Glenn Frey, and Prince having left us in quick succession, we’ve been left with the somber reminder of how impermanent our heroes are. Stranger To Stranger is poof positive that Simon isn’t simply still here, but he’s kicking with gusto. In a year where good news has been fleeting for classic rock fans, Simon’s latest is worth grabbing onto with both hands.

Essential Tracks: “The Werewolf”, “Street Angel”, and “Proof of Love”