"I can't tour nine months out of the year with enough time to do the enormity of what I'm setting out to do." 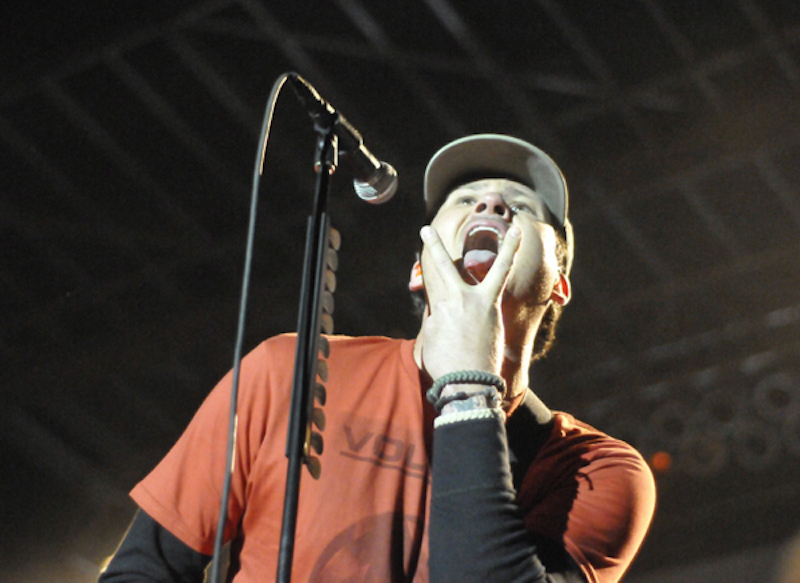 When Blink-182’s upcoming album California drops next week, a certain pierced-lipped, sideways-cap-wearing guitarist won’t be featured in the liner notes. Longtime Blink member Tom DeLonge was replaced by Matt Skiba after quitting the band last year, and a new interview with Mic suggests that his exit wasn’t merely spurred by artistic differences. Instead, DeLonge claims that he needed a break to pursue his one true passion: exposing the truth about UFOs.

“It’s something I’ve always wanted to do,” DeLonge explains, tracing his interest in extraterrestrials back to junior high. “I’ve always had a passion for space and the future. But when you dive into this type of material, it’s a lot more than just science and technology. It has to do with religion and cosmology and it has to do with politics and secrecy. So it’s a pretty fantastic ride.” DeLonge expressed similar concerns in an interview with Paper last year, but it appears his time off from Blink-182 has allowed him to dive even deeper on the subject. “I can’t tour nine months out of the year with enough time to do the enormity of what I’m setting out to do,” he says.

In the interview, DeLonge makes clear that UFOs aren’t just a personal interest but an imminent national security issue. “When you’re an individual like me,” he says, “dealing with something that’s a national security issue, and you’re being gifted with the opportunity to communicate something you’ve been passionate about your whole life — something that has the opportunity to change the world over time — being a small part of that is enormously important for my life path.”

DeLonge is doing his part to get the word out, launching a multimedia franchise called Sekret Machines that will explore “Unidentified Aerial Phenomena” from a serious academic perspective. Though neither serious nor academic, DeLonge’s band Angels & Airwaves will contribute music to the new franchise, which will also include books and documentary films. The first part of the series, a book called Sekret Machines Book 1: Chasing Shadows, is out now.

We have reached out to the aliens for comment.