The first single from the Tennessee outfit's sophomore album, Only the Lonely 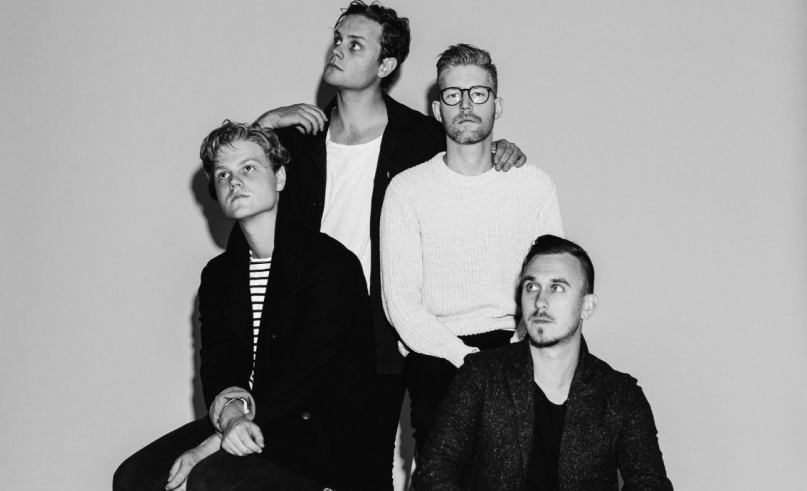 Not that anyone would ever begrudge the success, but it’s not always easy being a young band on the rise. Sure, you get all the praise and your job is essentially to go out and have a killer time on stage every night, but that lifestyle can get pretty lonely when you’ve got loved ones waiting for you at home. For good, married Tennessee boys like the quartet in Colony House, that’s exactly what they went through after the release of their 2014 debut, When I Was Younger.

Like any artist worth their weight in gold records, though, the band turned the dichotomous charm of fame into material for their sophomore LP, Only the Lonely. Due out September 16th from RCA/Descendent, the record combines the hardened skin earned from a life on the road with the indie pop charisma that got them there. Thematically, it well charts the entire progression of leaving for and returning from the road, an arch that’s captured perfectly on the lead single “You Know It”. “Give me one more kiss before the boys arrive,” sings frontman Caleb Chapman over the twangy surf pop tune. “Nashville to San Francisco is a hell of a drive/ But don’t worry, the Lord is good when the road is long.”

In fact, what started as an ode to The Sandlot transformed into the road song it is today on an actual 32-hour trip from Nashville to SF. “That long hour drive is what ultimately inspired the song and even dictated what direction the entire record would go in,” Chapman explains to Consequence of Sound. “On tour we spend most of your time in a van or in a hotel room. It’s an amazing life that we get to live, playing music for people, but the road can be a very lonely place as well. ‘You Know It’ and the rest of Only the Lonely is about the tension that exists between being on the road and being home, the long drives and short nights, the high’s of playing shows and the low’s of missing our families.”

“You Know It” comes via its video, directed by Chapman and Ry Cox. “[The song] has surf rock undertones (or overtones) and we wanted the music video to pay homage to it’s quasi 60’s nature,” Chapman says. “We did some digging into some old Rolling Stones performances and found a lot of inspiration there. The circular riser, the way the chords run off, the camera dolly shots were all queues taken from all those past performances.” There’s even the screaming girls and the subtitled names, just like in That Thing You Do.

Check out the video and track below, and pre-order Only the Lonely via iTunes now.