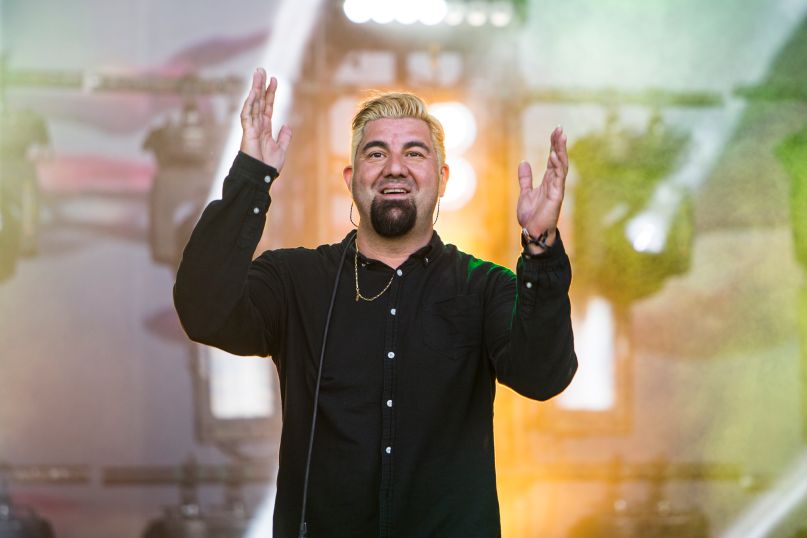 Over the years, we’ve seen musicians perform at all sorts of strange venues — from an airplane fuselage to a glacier in Antartica to Suzie’s garden party.

Deftones frontman Chino Moreno is determined to one up them all, as he’s set to become the first musician ever to perform inside an actual volcano. As part of this weekend’s Secret Solstice Festival in Reykjavík, Iceland, Moreno and 20 lucky fans will be lowered 400 feet inside the Thrihnuagigur volcano, where the performance will be held inside the volcano’s dormant magma chamber.

While it may seem like a dangerous place for a concert, Secret Solstice organizers note that Thrihnuagigur hasn’t erupted in 4,000 years.