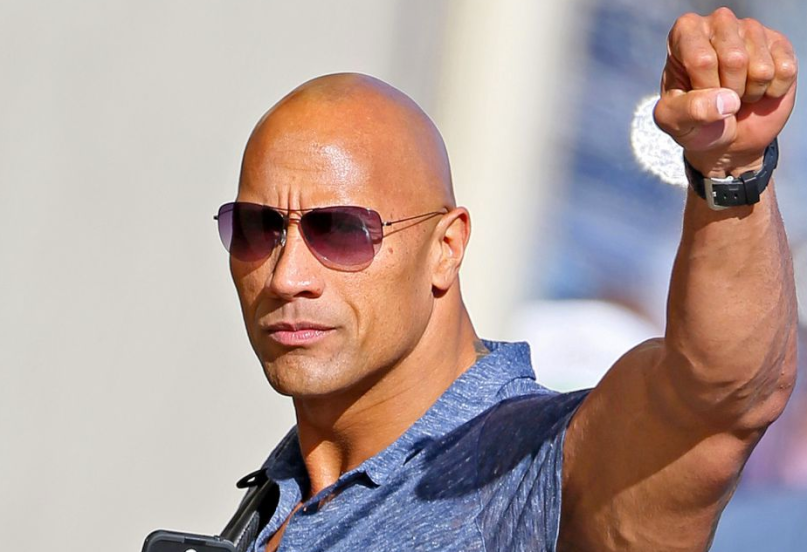 Dwayne Johnson certainly likes to keep himself busy. Lord knows Central Intelligence is going to spawn a sequel, plus he’s got Baywatch, Moana, Fast 8, Doc Savage, Rampage, Jumanji, and Big Trouble in Little China on the docket. The dude’s schedule is as tight as the muscles in his biceps.

Now, Johnson is teaming up with Sony to adapt the Jay Longino’s as-yet-unreleased graphic novel Son of Shaolin.

Deadline reports that Johnson will produce the film alongside his Seven Bucks Productions cohorts Dany and Hiram Garcia. Longino will pen the script and will also serve as executive producer with — get this — Carolina Panthers’ All-Pro center Ryan Kalil, whose Strange Turn Entertainment actually financed the graphic novel.

While there’s apparently a hope that The Rock will have some sort of onscreen role in the film, his numerous other commitments make that understandably difficult. Still, the studio has eyes on turning the “contemporary Kung-Fu story that intertwines Shaolin mythology with many of the current issues faced by teens growing up in a gentrifying neighborhood” into a franchise, so Johnson could always have a part in a sequel. And why not? God forbid the guy takes a day off.

And if Universal has their way, he very well won’t. Rumor has it they’re holding out for him to headline their Wolfman reboot as part of their Universal Monsters cinematic universe. Aaron Guzikowski (Prisoners) is writing the script for the film, which could fill one of Universal’s two unclaimed Monster movie spots on April 13th, 2018 or February 15th, 2019. The other would be taken by The Invisible Man, reportedly with Johnny Depp. June 9th, 2017 will see the first entry in the series with a reboot of The Mummy from director Alex Kurtzman and stars Tom Cruise, Sofia Boutella, Annabelle Wallis, Jake Johnson, and Courtney B. Vance.