During a Who Cares for the Next Generation charity event in Santa Monica, California 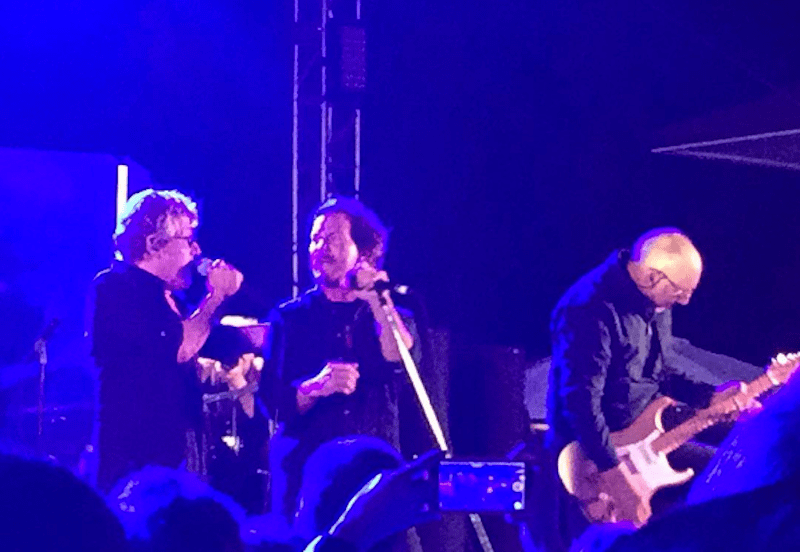 On Sunday evening, The Who hosted a Who Cares for the Next Generation charity event in Santa Monica, California. Instead of setting up a gala in some fancy hotel or landmark venue, however, Roger Daltrey and the band held the event in someone’s backyard. Of course, at $3,000 a ticket, this wasn’t just any tiny backyard, nor was it just any charity concert.

In addition to a performance by Joan Jett, a charity auction run by Howie Mandel, and comedy from David Spade, the event saw Pearl Jam frontman Eddie Vedder play one of his acoustic ukulele sets. Vedder sang “Can’t Keep Up”, “Rise”, “Ukulele Anthem”, and “Last Will and Testament”, the last of which he dedicated to Prince as a reminder to get your estate in order. Halfway through his set, he was joined by Simon Townshend for a rendition of The Who member’s “I’m the Answer”, a song the pair have performed together in the past.

Watch Vedder’s entire performance via the Periscope video below, followed by a few Instagram clips.

Vedder also stuck around to join The Who on stage for their performance of “The Real Me”. Watch that video below.

Watch on #Eddie vedder live with the who !!https://t.co/K8unzAB3u3

The concert wasn’t just an incredible once-in-a-lifetime show, either. The Who Cares for the Next Generation event managed to raise $3.2 million for the UCLA Health Autism Treatment Program and the band’s own WHO CARES Teen Cancer America program. Talk about rocking for a good cause.