A Stephen King adaptation that starts promising and devolves into nonsense 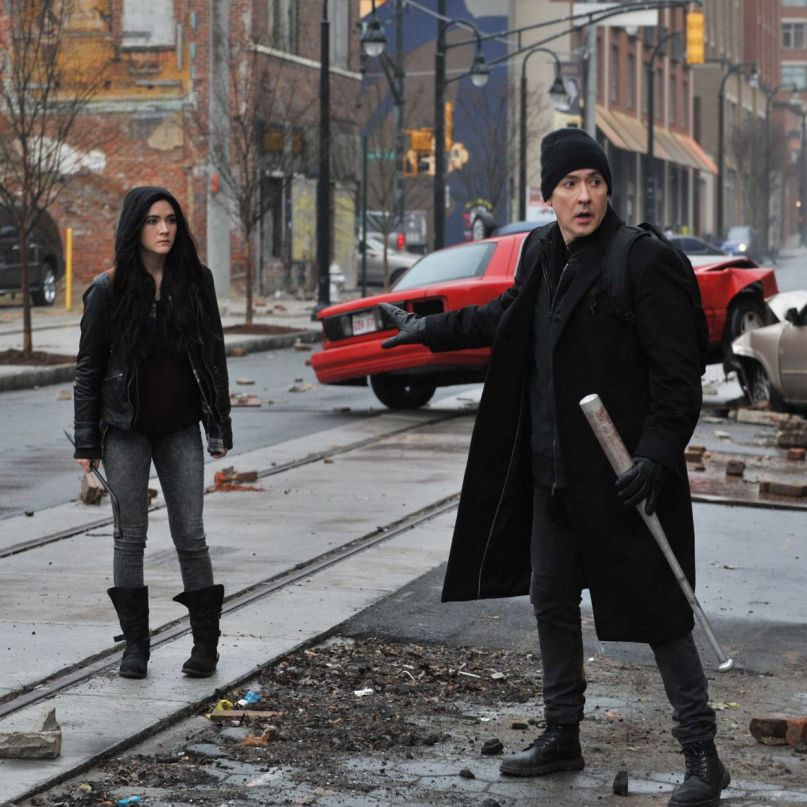 What is it that makes translating Stephen King’s work to film so difficult? The horror maestro has been adapted many times since Salem’s Lot first brought the beloved author to the screen back in 1979. But outside of a few very notable exceptions (Misery, The Shining), King has rarely been done justice.

The issue is that cinema, by its very nature, is a literal medium. King’s work lives in the mind, where the reader is allowed to give shape to his images; his prose is best imagined, rather than seen. Dreamcatcher is a good example. The novel, in which four best friends fight parasitic aliens, has a bizarre, hallucinatory quality — which King attributes to Dreamcatcher being written under the influence of Oxycontin. If the book was a fever dream, the movie was like being forced to listen to that dream and realize how nonsensical it all was. Dreamcatcher’s antagonists are shit-weasels, after all.

Cell’s conceit isn’t any less silly. An electromagnetic pulse is sent to every cell phone in America, and if answered, the transmission turns the user into a zombie. The film opens in the Boston Common. Clayton Riddell (John Cusack), dialing from a payphone, has just finished begging his estranged ex-wife to allow him to see his son, whom he hasn’t visited in over a year. Their conversation is cut short when the people around Clay begin to change, viciously attacking each other. A policeman feasts on his own security dog. A young woman bashes her head repeatedly against a wall before flashing Clay a bloody, toothless smile.

This sequence is reminiscent of the opening of M. Night Shyamalan’s The Happening, a tone poem punctuated by random acts of suicide. But director Tod Williams doesn’t seem to have any idea how to film his breakout. His previous feature credit was Paranormal Activity 2, a series long defined by the terror of stillness; because the camera doesn’t move, the audience can’t look away. As a director of action, Williams struggles. Filmed with handheld cameras, the zombie attacks have a harried, frenetic quality, as if the filmmakers learned the wrong lessons from The Bourne Supremacy. In Cell, the chaos doesn’t look like poetry. It looks like chaos.

Clay breaks free of the nascent horde, finding shelter in a broken-down subway car; he joins forces with Tom McCourt (Samuel L. Jackson), a gay train conductor who suggests that the passengers take shelter in the tunnels. After a member of their contingent is killed by what they call “phoners” (no one in Cell dares utter the word “zombie”), the two take shelter in Clay’s apartment while they devise next steps. While in hiding, the men discover that his teenage neighbor, Alice (Isabelle Fuhrman), survived the uprising. Alice knocks on Clay’s apartment door covered in blood, after she was forced to kill her mother.

Given the absurdity of the premise, Cell isn’t nearly as luridly entertaining as it should be. Because Cell needs an emotional arc, the trio venture out into the end times to find Clay’s wife and son. During their journey, they discover that the phoners have telepathic abilities, as though they share a singular hivemind. Should you be spotted by one of the undead, they will all be aware of your location. This is because, as the characters surmise, the phoners are all hooked up to the same network. At night, the creatures lay stiff and lifeless; because “on the nose” is the only card Cell has, this is described as “rebooting.”

In King’s novel, this forms a funny, tongue-in-cheek allegory for conformity and mass consumption in the digital age, like the mall portion of Dawn of the Dead stretched out to novel length. Cell, though, treats its subject matter with alarming seriousness, as if Williams were worried he might be making a Nicolas Cage movie, but the material cries out for the gonzo, pulp energy of a B-movie. You never go half Shyamalan. During their mission, the team discovers a boarding school that’s been turned into a refuge for weary travelers, where they take lodging for the night. The former headmaster says that he knew this was coming all along, describing cell phones as “the devil’s intercom.” That evening, the characters bond by napalming phoners together.

Cell isn’t just unnecessarily glum and grim; it’s also pretty dumb. The film’s villain is a mysterious man who appears in people’s dreams (a’la Freddy Krueger) wearing a red hooded sweatshirt. The characters refer to him as the “King of the Internet,” but he’s known as the “The Raggedy Man” in King’s book. Tom realizes that he’s seen this nefarious face before — as a sketch in Clay’s apartment. The King of the Internet is a character from a graphic novel that Clay was working on. They later meet a man in the woods who hasn’t slept in nearly a week, in order to avoid seeing the figure in his nightmares, who tells Clay that he needs to finish the story.

Does that mean that Clay created the uprising? Or is Clay actually the “King of the Internet?” Those great questions — along with many others — will be raised and instantly tossed aside in Cell, which ends in a grand finale that’s less ambiguous than deeply confusing. Is Clay’s family safe? Are they running away to Canada? Did they destroy the horde and restore peace on earth? Or are they cell phone zombies — sorry, phoners — too? To the extent that you might find the answer to any of these questions, it’s unlikely that you will care.

Cell is getting a modest push on VOD before being screened in limited release in theaters. The movie should have gone straight to voicemail instead.