A terrific documentary about an unbelievable huckster from a bygone era 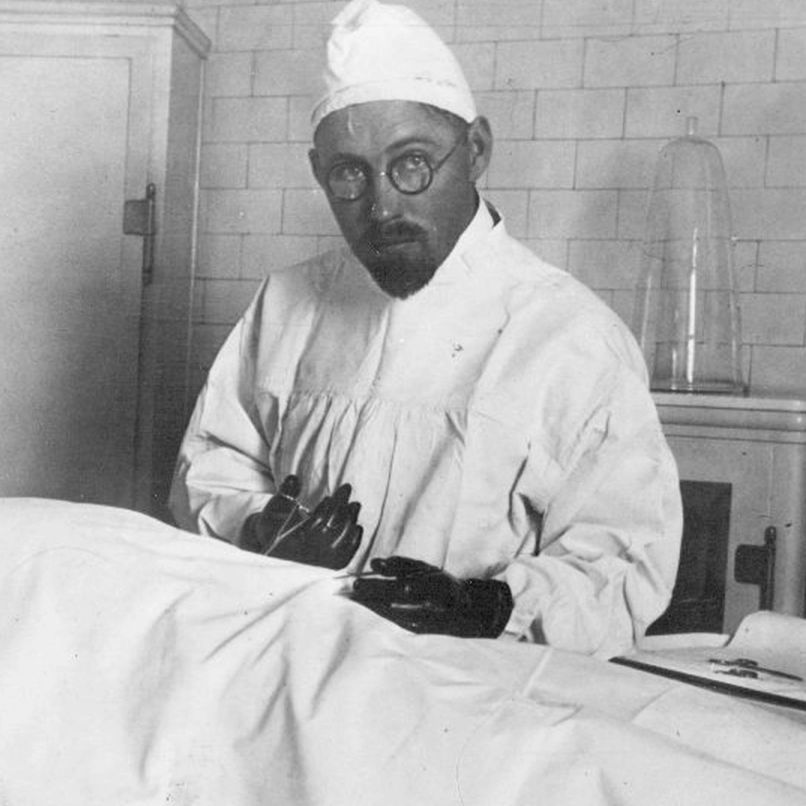 As an art form, documentary has to straddle the careful line between truth and fiction; even the docs that strive for intense veracity filter their perspectives through a point of view. Nuts!, Penny Lane‘s quirky, irreverent follow-up to her incredible Our Nixon, plays with that blurry line with as much humor and charm as its con-man subject. “Dr.” John Romulus Brinkley was a Kansas-based huckster and radio mogul who came to fame with a bizarre miracle cure for impotence: grafting the ‘glands’ of a goat onto the balls of men seeking his services. In the course of unveiling his life and the lies that filled it, Lane comes away with one of the most exhilarating, entertaining documentaries of the year.

Over the course of his life, Brinkley wore many hats: medical practitioner, gubernatorial candidate, independent radio mogul, entertainer, and more. His Colonel Sanders-meets-Bernie Sanders public persona allowed him to play up both his dedication to his community and his desire to stick it to the stuffed-shirt establishments of the medical and radio fields in the early 20th century. It’s easy to see why the people of Milford, Kansas came out in droves to defend him in countless court cases: he basically built their town with his success. His folk remedies and wacky inventions claimed to cure thousands of everything from childlessness to cancer – all without the interference of Big Government. Today more than ever, it’s easy to see how people can get swept up in anti-establishment populist appeal distributed by self-made business moguls with oddly distinctive appearances. In the blustering entrepreneurship of Brinkley, Lane couldn’t have picked a more innately cinematic subject.

Nuts!’ collage approach to the documentary is fast, breezy and effective, combining interviews, archival footage of Brinkley himself, transcripts, and excerpts from the book on which the film is based, Clement Wood’s ‘authorized’ Brinkley biography The Life of a Man. Lane takes the structure (and even entire passages) from the book and dramatizes them with a score of different animators, each one animating a different chapter of the book in a wide variety of styles – think of it like a bizarre mix of Waking Life’s rotoscoping and Adult Swim’s The Drinky Crow Show, depending on what chapter you’re in. It’s an effective and entertaining tactic, infusing the transcripts and pro-Brinkley prose with a healthy dose of dry wit and novelty.

Perhaps Nuts!’ greatest triumph is Lane’s uncanny ability to fold the nature of charlatans and the subjective nature of truth into the fabric of the doc itself. For the first half of the film, Lane’s narrator proudly recounts Brinkley’s childhood struggles, the myopic stubbornness of the Federal Radio Commission, and the outright jealousy of Brinkley’s nemesis at the American Medical Association, Morris Fishbein. As the film moves from chapter to chapter, Nuts! seems to become an outright hagiography of a man who clearly fleeced thousands of men into emptying their pockets for the promise of virility and health.

In the third act, however, the reliability of Lane’s narrative begins to fade in unexpected ways, which we won’t spoil here. Suffice it to say that the film manages a brazen and thoroughly effective con on par with F For Fake. By the time the ending credits roll, you’ll be just as aghast as you are awed by Lane’s deft manipulation of all expectations.

Just as miraculously as Brinkley’s goat-ball virility cures, Nuts! manages to create a fascinating, thrilling portrait of the weirdness of industrial-age America that’s as side-splitting as it is deeply haunting. There are no simple answers or explanations for Brinkley’s ultimate legacy – he’s an unscrupulous con man and an undeniable innovator of modern pop culture in equal measure. With Nuts!, he may find a brand new audience even in death.