A blunt, pulpy action-horror film that deftly and hilariously exploits our political climate 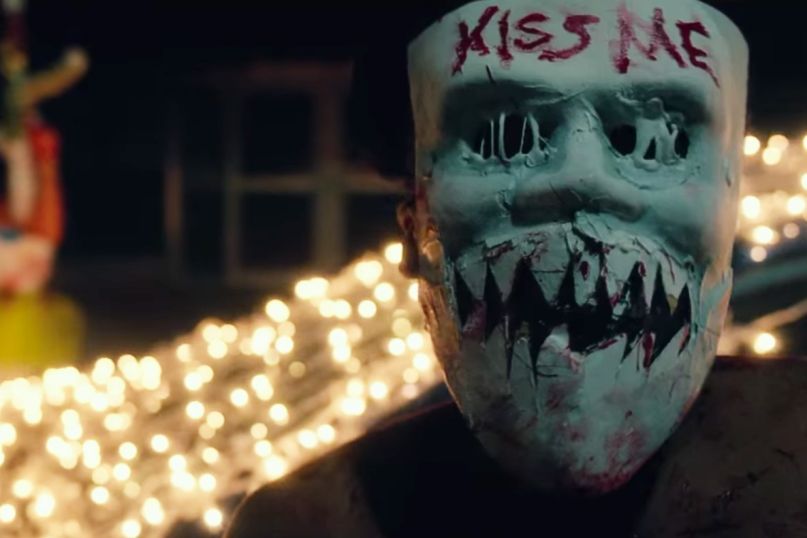 The Purge franchise stands atop the sturdiest legs of perhaps any horror franchise, past or present. It doesn’t rely on a single character (a la Jason Voorhees) or sense of one-upmanship (a la the Saw series) or an overly complicated mythology (a la Paranormal Activity). The Purge franchise relies only on a single event: a 12-hour period, “celebrated” nationwide once a year, where all crime, no matter how violent, is legal. As such, the series truly knows no bounds. The Purge itself is the protagonist, and it can travel anywhere, follow anyone, and explore any theme, all while reveling in a post-apocalyptic hellscape that requires no apocalypse. It’s genius.

And, in a lot of ways, so is Election Year, the third and by far best entry into the nascent series. Politics have always been integral to the story’s raison d’etre, what with the Purge being a government-sanctioned event, and Election Year places it front and center, capitalizing on the revelations of its predecessor, The Purge: Anarchy, wherein we witnessed firsthand how the event is essentially an immoral playground for the one-percent.

Senator Charlene Roan (Lost’s Elizabeth Mitchell), a presidential hopeful, wants to put an end to it, however, having built her platform on policies that would benefit the working class and diminish the power of the patriarchy. Leo Barnes (Frank Grillo), the sole returning character from the previous film, is her head of security, and on Purge night he’s tasked with protecting her from not just the crazies, but also a task force comprised of neo-Nazis that may or may not have been hired by the federal bigwigs. Also thrown into the mix is Joe Dixon (Mykelti Williamson), a kindly, lower-class deli owner trying to protect his store alongside Marcos (Joseph Julian Soria), a Mexican immigrant, and Laney (a fantastic Betty Gabriel), a reformed gang member.

Writer/director James DeMonaco has brilliantly tailored the film’s political milieu and anti-establishment bent to this year’s election, exploiting our country’s current anxieties for maximum horror. Issues of race, economic disparity, foreign relations, gun rights, and immigration abound, and DeMonaco makes it no secret whose side he’s on. It’s downright hilarious how cartoonishly evil he’s made the buttoned-up suits on Capitol Hill, or how the squad of neo-Nazis outfit themselves in more Confederate flag patches and swastika tattoos than you’d find at a Donald Trump rally.

Hell, this is a film where a demented Catholic priest, clad in his vestments, guns down vagrants with a shotgun. Roan is clearly a fusion of Bernie Sanders and Hillary Clinton (more Bernie than Hillary), and the resistance she meets in her efforts to end the Purge—a murderous killing spree, mind you—would seem ridiculous if we didn’t live in a country where white politicians continue to limit the rights of women and minorities. Here, the Purge comes to represent those things, all the misguided issues our previous generation just can’t seem to give up.

There’s also a group of rebels—essentially a more militant version of the Black Lives Matter protesters—that aims to assassinate Roan’s opposition so she’ll slide into victory. Election Year’s lone nuance comes in Roan’s resistance to their efforts; to bring violence upon those who oppress make us no better than them, she argues. It’s a simple message, but one that gives the film more to say than a simple “damn the man.”

If politics aren’t your bag, there’s still plenty to enjoy. Nearly all the central characters are well drawn and relatable, and there’s a visceral pleasure in the film’s numerous bug-eyed shootouts, knife fights, and jump scares. Same goes for the costumes, which, like Point Break before it, find ample horrors in plastic renditions of our past presidents. Still, there’s a touch of phoniness to it all, a slickness that feels as manufactured as the film’s unfortunate use of CGI blood (the bane of any and all action-horror). DeMonaco’s camera is also distractingly peripatetic, scuttling from shot to shot in ways that unflatteringly recall the Saw series.

The film’s comical bluntness could also be construed as off putting, but to criticize that is to deprive yourself the joy of such pulp. And this is pulp, from the brazenness of its violence to the dull bite of its clunky dialogue. What Election Year offers isn’t nuanced satire, but rather a kind of catharsis, a release that’s not so far off from what the Purge itself purports to provide. Truly, it’s no surprise they released this now and not in November; with the presidential circus quickly approaching, we need all the help we can in getting us there.