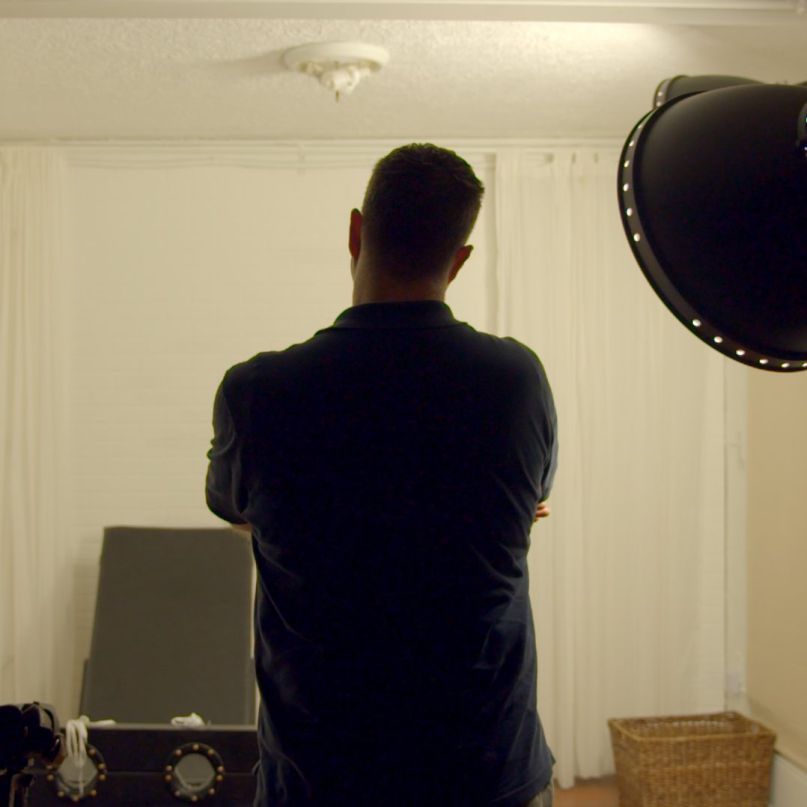 New Zealand journalist David Farrier‘s Tickled begins as a documentary about a bizarre subcultural sport known as Competitive Endurance Tickling, which is, well, exactly what it sounds like. An athletically fit man — always between the ages of 18 and 23, it would seem— is tied down to a mattress and tickled into submission by a group of other athletically fit men, all of whom go about their task with an oddly clinical professionalism. Oh, and it’s all filmed and broadcast via various sites across the internet, most of which can be traced back to a mysterious company that goes by the name of Jane O’Brien Media. Maybe all of this sounds a little strange, but it’s only the beginning of what Farrier describes without a trace of irony as a “tickling wormhole.”

Because Tickled is not a documentary about Competitive Endurance Tickling. Not really. What it’s actually about is the insane universe of manipulation, deceit, and harassment that revolves around a man named David P. D’Amato, a former assistant principal (!) who gets his rocks off by conning young men into filming these tickling videos and then systematically ruining their lives. Like the audience of his film, Farrier initially had no idea what he was getting himself into when he signed on to make Tickled; as he says himself, he just thought the idea of competitive tickling was weird and a little bit hilarious. And it is! Try not to crack up during some of the film’s early scenes, which show some of these ticklers in action. The laughter itself is contagious, but so is the very concept of the thing.

If this were actually a documentary about tickling, it would be a very enjoyable and ultimately rather forgettable one. But the turn Farrier’s story takes when he actually reaches out to Jane O’Brien Media is harrowing — think Eyes Wide Shut Illuminati-type shit, but with tickling instead of masked sex parties. After sending a polite inquiry via social media, Farrier is immediately met with homophobic e-mail replies, threatening cease-and-desist letters, and even a personal visit from three of the company’s employees, who don’t take kindly to the documentary project he’s decided to embark upon.

Tickled unfolds like a bad drug trip, starting off with giggles but quickly descending into surreal horror. Persistent despite of (or rather, because of) the scary legal threats, Farrier and his crew travel to Los Angeles, Michigan, and New York City in search of the truth behind these insane tickling videos, and what they uncover makes the relatively innocuous fetish look downright vanilla by comparison.

There are a few metrics by which we should judge all documentary films, or at least questions we should ask ourselves when viewing them. Does this film have any tangible impact on the world or the way we perceive it? Does it have any actual implications? Will the fact of its existence be enough to bring about some kind of social change? These are not easy bars to clear for any documentary, but Tickled flies over them with style to spare, mixing entertainment and groundbreaking investigative journalism without diluting either. In this way, it recalls the massively popular Serial podcast or HBO’s The Jinx, both of which concerned themselves with ongoing criminal cases and ended up becoming an intrinsic part of those same cases.

This can be a double-edged sword. Traditional film structure demands a beginning, middle, and end, and this style of documentary filmmaking almost necessitates cutting things off right when the conflict reaches its zenith. This is frustrating for obvious reasons, and if there’s one glaring deficiency to point to in Tickled, it’s the fact that the film seems incomplete. It’s almost as if Farrier and his crew finally run out of steam, having bitten off way more than they could chew, and find themselves at a dead end. Given the events that transpire in the film, you can’t blame them. But you also can’t expect to feel satisfied when the credits start to roll.

Fortunately — well, maybe not fortunately — the story of Tickled doesn’t end in the theater. The filmmakers are currently under attack by a coordinated smear campaign organized by Jane O’Brien Media. The company has even created a website devoted to discrediting the movie and several of its interview subjects, which is right in line with all of the shady shit that goes on in the film itself. Farrier has put himself directly in the line of fire and is doing the Lord’s work to bring D’Amato and his hired pawns to some kind of justice.

In fact, there’s a delicious irony at the film’s core, which only makes it all the more fascinating. D’Amato, the man who has ruined so many young men’s lives by exposing their secrets on the internet, is finally getting a taste of his own medicine. It’s not quite as satisfying as strapping the guy down and tickling him into submission, but for fetishists and non-fetishists alike, it’ll have to do.