Gone Is Gone (Mastodon, QOTSA, At the Drive-In) share new track “Stolen From Me” — listen 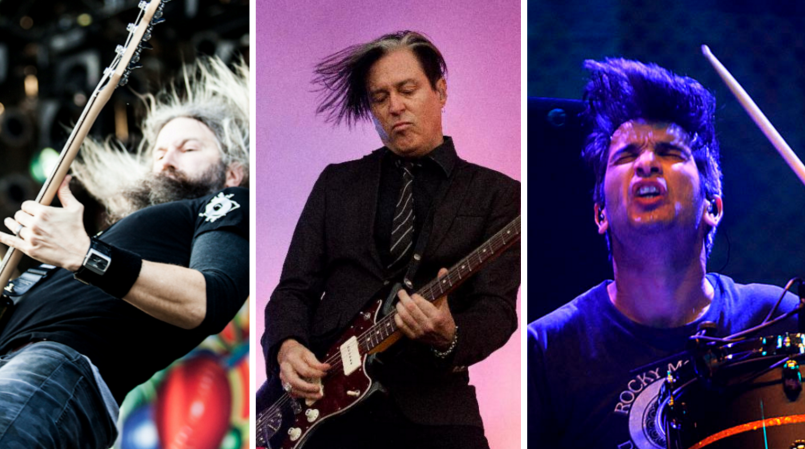 Gone Is Gone, the new supergroup consisting of  Mastodon singer/bassist Troy Sanders, Queens of the Stone Age guitarist Troy Van Leeuwen, At the Drive-In drummer Tony Hajjar, and guitarist/keyboardist Mike Zarin, have been steadily teasing out material over the last few months. Every 30 days or so, they’ve dropped another new track from their forthcoming self-titled debut EP, first with “Violescent” and then “Starlight”. Now comes the latest offering in the form of “Stolen From Me”.

“Stolen From Me” is another sludgy rock number, a melodic hook tucked underneath throbbing bass and a vocal performance like the backdraft from an inferno by Sanders. Zane Lowe premiered the track on his Beats 1 radio show on Wednesday, and you can stream it below.