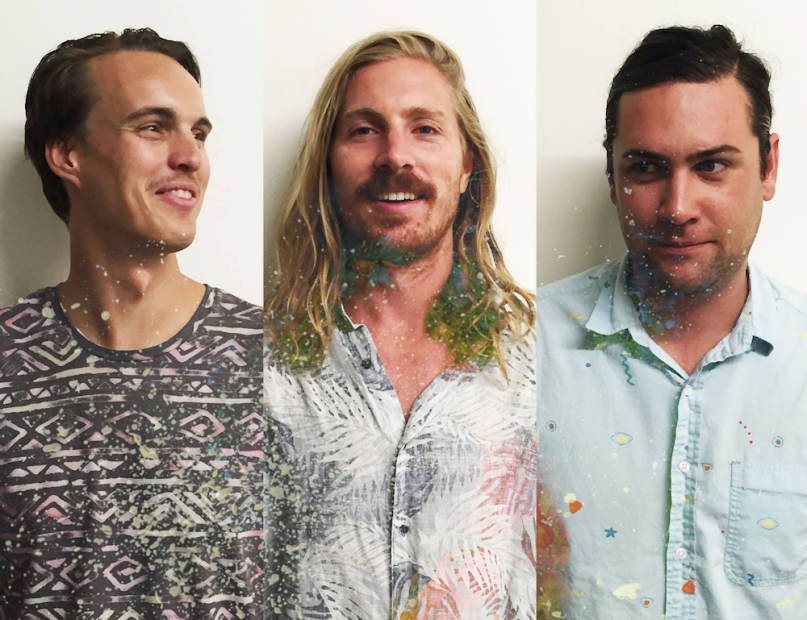 When loved ones go their separate ways, it’s not only a void in the heart that stings. All the spaces they used to inhabit — the middle cushion on the living room couch, the rickety bench outside the apartment just as twilight settled in, the corner of the kitchen with the least sunlight — feels emptier than ever before. Rising dream pop outfit Mothlight know this particular hurt all too well, as evidenced by their new single “Day/Night”.

Here, ache and longing take centerstage, accompanied by marching drums that seem to signal the end is near and synths that glow brightly before fading away like the setting sun. “And I can’t see the lines of your face, I guess it takes time to erase,” Mothlight keyboardist/vocalist Grant Stevens sings on the chorus, his vocals soaring high as though in an attempt to reach, or at the very least, conjure up the image of his long gone beloved. “But I can taste you on my tongue, and feel you burning through my skin.”

“The song is a juxtaposition of feelings of longing for a past lover in the early morning and late at night,” Stevens tells Consequence of Sound. “It’s about how the time of day affects what memories are triggered, what we choose to keep with us. The experience of another person becomes filtered and blurred into a collage of minutiae.”

“Day/Night” is the first single off Mothlight’s forthcoming as-yet-untitled album, which is due to hit shelves this fall.