This weekend's shows in Forest Hills, Queens this week could be his last US gigs ever 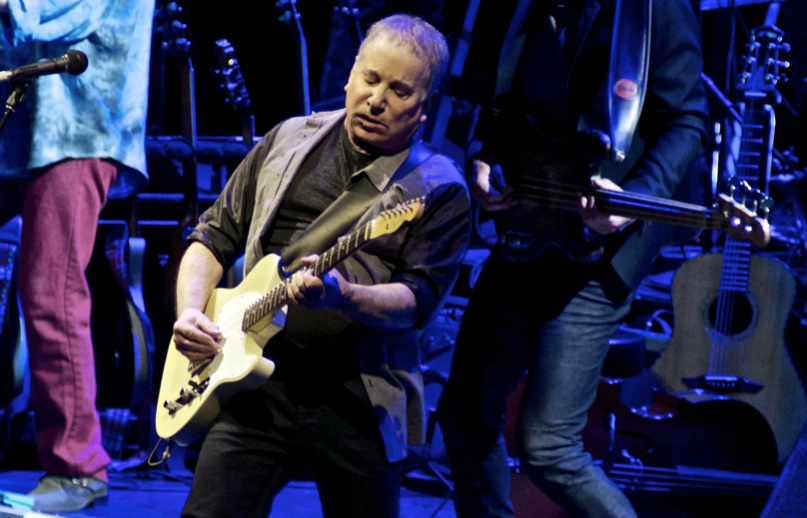 This week, Paul Simon caps off his 2016 North American tour with a pair of concerts in his hometown of Queens, New York. As the iconic songwriter told the New York Times, the shows could in fact be his final ones ever in the US.

“You’re coming towards the end,” Simon said in the interview. “Showbiz doesn’t hold any interest for me. None.”

Simon has been active in music for nearly 60 years, and at 74 years old, he’s still going stunningly strong. This current tour comes in support of his recently released Stranger to Stranger, an album that’s proven popular with college radio as well as classic rock fans. He’s still a perfectionist on the road, spending hours tuning up with his band before each high-energy performance. Yet, his age is certainly catching up with him, and he requires long stretches of rest between gigs.

“It’s an act of courage to let go,” Simon said of the possibly ending his career. “I am going to see what happens if I let go. Then I’m going to see, who am I? Or am I just this person that was defined by what I did? And if that’s gone, if you have to make up yourself, who are you?”

Although he will head on a European tour leg in the fall, this Thursday and Friday’s shows at Forest Hills Stadium in Queens would be a fitting place to close out his US career. It’s the city where his journey began, where he met Art Garfunkel, and it’s the same venue where the two last performed together. Simon would certainly be going out on a high note, with Stranger to Stranger debuting at No. 3 on the Billboard charts (No. 1 if only counting pure album sales and not streaming).

If it should be his final bow, Simon is ready to accept it, telling the Times, “I don’t have any fear of it.”

Below, watch Simon perform “The Boxer” in honor of Muhammad Ali.