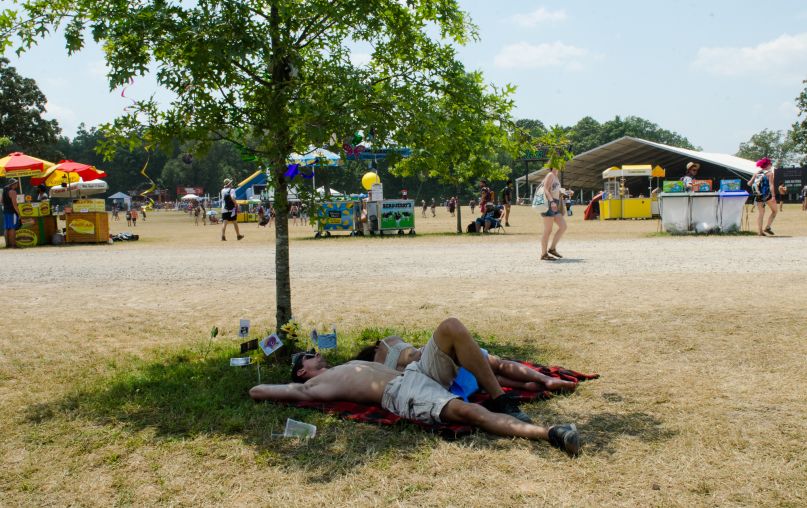 Drugs have been a fact of festival life since the hazy days of Woodstock, but a couple of entrepreneurs at Bonnaroo may have just taken that tradition a bit too far. According to a report by the Tennessean, law enforcement officers overseeing the Manchester, Tennessee, festival busted what a significant drug operation orchestrated by Chattanooga residents Brian Anthony Wiley, 29, and Trevor Franklin Watson III, 24. Both men have been arrested on multiple drug-related charges, confirmed Coffee County Sheriff’s Office spokesman Lucky Knott (sidenote: Lucky Knott is the most Tennessee name ever).

While the exact street value of the drugs is unknown, Knott said that the two suspects were caught dealing “a very large amount of drugs.” That’s pretty vague language, so let’s have Tennessean reporter Natalie Neysa Alund break it down:

In other words, god damn.

It’s no secret that people like to get high at Bonnaroo, but this is some truly next-level shit. Stay safe out there, kids. Festival season is just gearing up.