Stream: Band of Horses’ new album Why Are You OK 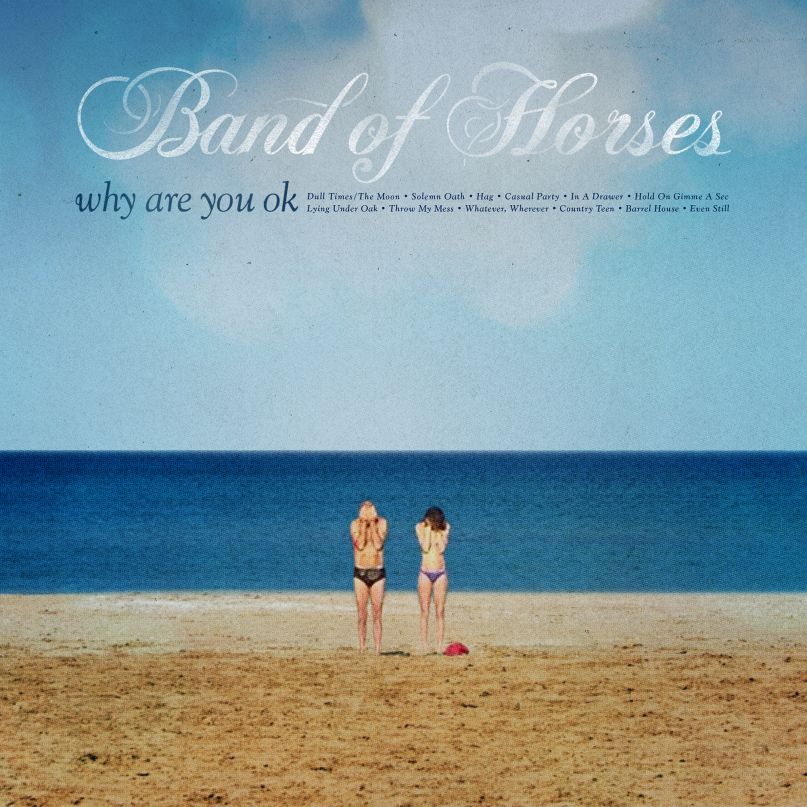 Today, Band of Horses release their new album, Why Are You OK, via Interscope. Spotify users can stream it in full below. It’s also available over on Apple Music.

The 12-track effort serves as the group’s fifth overall following 2012’s Mirage Rock. It was recorded with producer Jason Lytle of Grandaddy in a number of locales, including Stinson Beach, California and Woodstock, New York. It features guest appearances from J Mascis of Dinosaur Jr. and Sera Cahoone.


In an interview with EW.com, frontman Ben Bridwell talked about the new album, noting how, unlike the band’s previous releases, it was primarily written at home because of family obligations. “I didn’t have the opportunity, like I used to, to kind of squirrel away in some cabin or a beach house,” he said.

Specifically, much of Why Are You OK was penned in the middle of the night, as he spends most of the day tending to his four daughters. “I work all night and then take them to school in the morning,” he says. “I’m the fucking scariest dad in the school, I’m sure.” Even with the material written out, though, Bridwell found it difficult to translate what he had into full-fledged recordings. Apparently, it was an unexpected phone call that finally locked the work into place.

While out for a drive, producer Rick Rubin heard a Band of Horses song come on the radio. The random occurrence inspired him to pull over right then and there and dial up Bridwell. Though he won’t reveal the details of that conversation, a press release notes that it “was exactly the final push that his songs needed on their journey from conception to being sent out into the world.” Rubin, meanwhile, is credited as executive producer on the LP.

Why Are You OK was preceded by early offerings “Casual Party”, “Solemn Oath”, “In A Drawer”, and “Whatever, Wherever”.