Glaswegian gents snarl and bark on their anthem-heavy debut 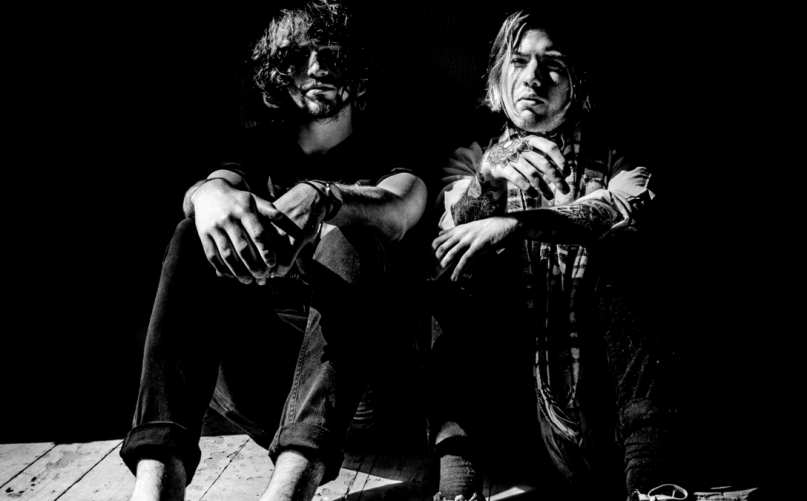 Scottish duo WOMPS have a name that sounds like it’s about to club you to death, and their sound doesn’t stray far from that initial impression. The band’s forthcoming debut LP, Our Fertile Forever, is also aptly named, hailing from the fertile crescent of post-punk known as Glasgow. But it pays to dig beneath the surface of a band like WOMPS, as what you’ll find is a stash of 10 indie rock gems encased in the thinnest layer of dirt.

These songs snarl and bark, thrashing about in pools of distortion like animals stranded on their backs. But step back a short distance and you’ll be able to appreciate the hooks that anchor tracks like “Manners” and the anthemic opener “Plasticine”, both of which seem destined to be met with screams and singalongs at future shows. Indeed, if there’s one thing that WOMPS specialize in, it’s recreating the energy of a live show on record. Here’s a fun challenge: Listen to mid-album standouts “Dreams On Demand” and “Cavity” back to back and try not to break the nearest fragile object. To be fair, I might just have a particularly violent way of enjoying music.

If Our Fertile Forever sounds — what’s the word I’m looking for — huger than most albums of its kind, that probably has a lot to do with the fact that it was recorded by legendary producer Steve Albini at his Electric Audio studio in Chicago. The album is due out June 10th via Displaced Records and The Orchard, but we’ve got the full stream for you below. Recommended for fans of Gang of Four, rainy days, and razor-sharp riffs.