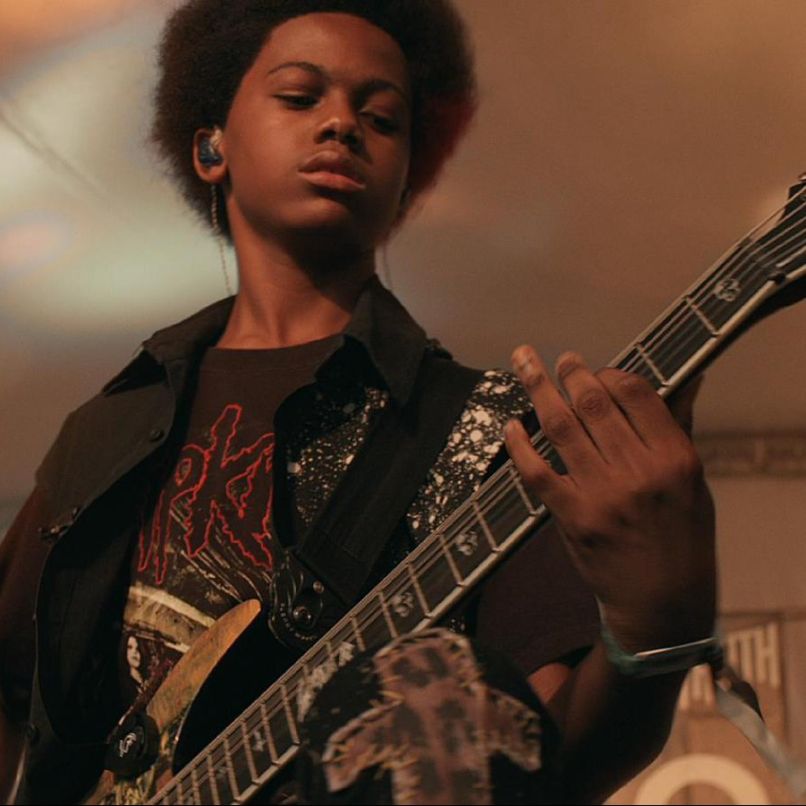 The following review was originally published as part of our coverage of South By Southwest Film 2015.

As far as this documentary goes, it’s more like the American nightmare. What unfolds is a transparent example of why the music industry continues to spiral downward toward a fiery hell. Through the guidance of uber-gaudy manager Alan Sacks — try to imagine a more zen-like Jerry Stiller in Zoolander — members Malcolm Brickhouse, Jarad Dawkins, and Alec Atkins are slowly molded to the likes of The Jonas Brothers and Demi Lovato, two glittery names on Sacks’ prestigious resume. (The film is also quick to point out that he was the co-creator of Welcome Back, Kotter, which, to be honest, is pretty great.) At one point, when Brickhouse rebuffs his agenda, Sacks sighs and insists he could fall the way of Bieber. It’s a groan-worthy moment in a sea of uneasiness.

Watching these teenagers being shuffled from meeting to meeting, dressed in the eyes of leathery rock ‘n’ rollers, and promised all sorts of lunatic success is both exhausting and overwhelming. Yet also icky. There’s something legitimately terrifying and gross about seeing four or five middle-aged white dudes tell a trio of black youths how they should act and dress. They’re a metal band, inspired by Lacuna Coil and Disturbed, and yet they’re being treated like a pop act. It’s a testament to the misguided management of major labels, who have zero clue about what they’re actually doing to the carnal spirits of these kids. Fortunately, they’re not dealing with weak souls.

Brickhouse, Dawkins, and Atkins are charming little kids. Sure. But they’re also smart and savvy enough to know that what’s going on is almost like trespassing, and so, they do butt heads occasionally. Meyer sits in with them throughout the whole year-long process — from the paperwork to the merchandise design to the video pitches — and he does a fantastic job of building up their true characters, enough that you know they’re more than just a group of clumsy kids. Some of it’s admittedly pandering — for example, he talks to Dawkins about his girl troubles and it’s a little too tongue-in-cheek — but it’s mostly a stark portrait of how they’re dealing with not only success but growing up.

The problem is that being in a band is often boring. There’s a lot of downtime, the negotiations are sprawling, and the days are spent yawning or arguing. Meyer trims most of the fat and chews on the juicy bits, but there’s a lean section towards the end that starts to tire. There’s only so many times we can listen to their parents talk about skateboarding, safeguarding their children from off-stage injuries, or how they love playing Grand Theft Auto. Having said that, Meyer knows who works and who doesn’t, which is why we’re often hearing from the cartoonish Sacks or Brickhouse’s no-nonsense mother. These little snapshots are naturally funny, at least when you’re not scowling at the former’s dated mantras.

This past weekend, the three members told Billboard that they’re looking to exit stage left from Sony. It makes sense. In the film’s third act, Sacks sits down with Brickhouse and they watch a vlogger argue online that their signing was faux liberalism on behalf of the label. To his credit, Sacks doesn’t exactly say this is right or wrong, although the insightful Brickhouse softly agrees with the host. But he doesn’t care because he’s getting to do exactly what he wants to do. Which is why the film ends with the mastermind staring directly into the camera during the shoot of the video he fought for. It’s in that closing shot where you start to realize that nobody has control over this kid, no matter the ink or the paper. And that’s about the most refreshing thing to learn from this experience.