by Michelle Geslani and Alex Young 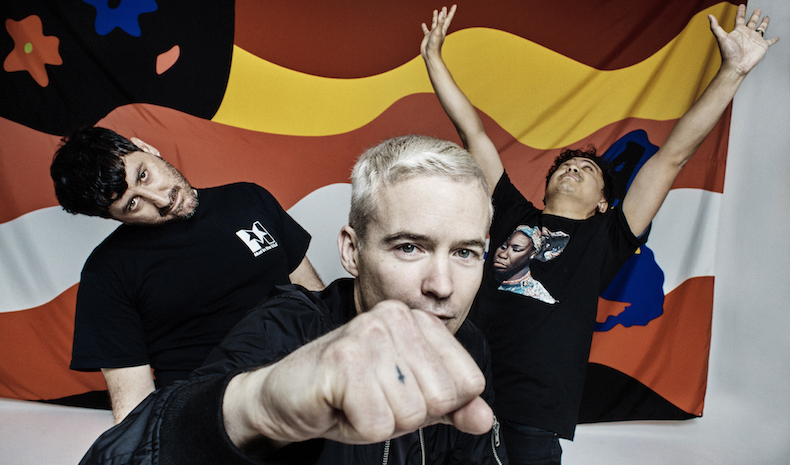 After much teasing, including a video trailer, tour dates, and a telephone hotline pointing to snippets of new music, The Avalanches have officially returned. Tonight, during an appearance on Zane Lowe’s Beats 1 show, the Melbourne natives debuted “Frankie Sinatra”, their first proper release in well over a decade. The track features Danny Brown and DOOM as well as a sample from The Sound of Music.

The accompanying video was directed by Fleur & Manu (Drake, A$AP Rocky, M83), and shot on location in the bayou of New Orleans, “drawing inspiration from southern swamp culture.” Watch the batshit crazy clip below.

“Frankie Sinatra” serves as the first preview of Wildflower, the long-awaited follow-up to 2000’s Since I Left You. The album will receive release on July 8th through Astralwerks.

Asked by Lowe why the album took so long to complete, the duo responded, “I think for us, we just kept making music, which we’d always done and probably always will do. There was so much of it, and so many different projects going on, that at a certain point we realized we had to pull a record together.”

The Avalanches also addressed the delay in a note posted to Facebook, writing, “Sorry we kept you waiting, it’s been a wild ride and at times we thought we would never make it. What kept us going was a belief in the day-day experience of music as a life force – as life energy.”

Elsewhere in the interview, they described the album’s inspirations as such: “This new record feels a bit like a road trip, and we spent a lot of our teenage years driving around in cars in the country and in suburbia listening to music, and that was in our heads making this record as well. For us this record was supposed to capture that feeling.”

“Frankie Sinatra” was the most challenging track to complete, with the pair working through over 100 mixes in a two-and-a-half year span.” The same can’t be said for several of the pair’s personal favorites, which failed to make the album, because “they didn’t fit the overall feeling of the record … Once we had the feeling right we just built upon it, selected tracks that fit it. It was kind of like making a mixtape.” However, these unreleased tracks could see release later this year in an archival box set.

Lastly, they said they hope to have another album out in the next three years, but seriously — don’t hold your breath.

Vinyl subscription service Vinyl Me Please will be released a limited-edition red vinyl of Wildflower.