The Britanys premiere rip-roaring new song “Get My” — listen 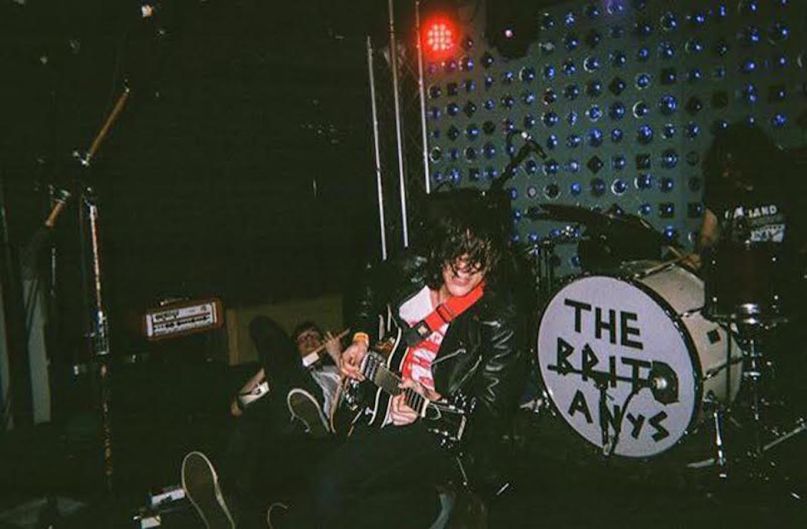 New York natives The Britanys revisited rock’s roots on the 2015 two-track tape, A Night With The Britanys, and it yielded them much success. Not only did they join concert bills featuring Hinds and Shamir, but their first-ever appearance at the city’s annual CMJ Music Marathon was widely lauded by fans and critics alike. Now, the four-piece band (none of whom have the first or last name Britany) is back to capture audiences once again with a rollicking new rock song titled “Get My”.

To help refine their DIY sound, the band teamed up with producer Gordon Raphael, the man behind The Strokes’ defining debut, Is This It. “It was an interesting experience working with Gordon via technology,” The Britanys tell Consequence of Sound. “He lives in Berlin currently, and the whole time we thought we were getting catfished until we heard the first mixes. Although we couldn’t get in a room together we had a lot of fun discussing ideas. It was very 21st century.”

The praise goes both ways. Raphael has said of the band, “The Britanys restore my faith that rock can still happen in New York.” Talk about a compliment.

The result of their collaborations is an exciting preview into what is to come from this young band, laced with fuzztone chord progressions and defying drumbeats that build with each chorus. “Think they gunna get my/Think they gunna get my…” vocalist Lucas Long repeats. The thought is never finished, though it’s clear that The Britanys don’t plan to give up their charisma, chemistry, and whatever else they have working for them — with good reason.

Listen to “Get My” below.

The Britanys will work with Raphael once more towards the beginning of July to record their upcoming EP, which is scheduled to drop in October.