A new collaboration between two of Chicago's hottest hip-hop acts 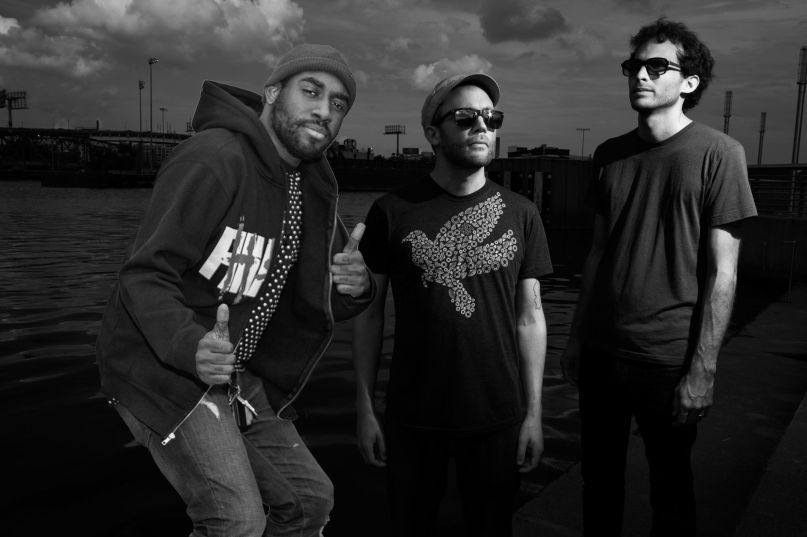 Chicago hip-hop has been exploding over the last few years. At nearly every level of the game, there’s at least one artist who’s garnering much-deserved attention. With so much heat coming out of the Windy City, imagine the inferno that would blaze if two of those performers teamed up for a brand new collaboration. Well, get ready for the fire, because mashup sensations The Hood Internet and pizza-loving rapper ShowYouSuck have joined forces to form Air Credits.

Production duo ABX (aka Aaron Brink) and STV SLV (aka Steve Reidell) have been mixing indie rock and hip-hop for nearly a decade, releasing a healthy handful of mixtapes and 2012’s studio LP FEAT. CoSigned artist ShowYouSuck, meanwhile, has been building his own fanbase and corralling numerous collaborative partners since his 2011 debut EP, Pentagrams in Bathrooms. Since then, he’s released four mixtapes under his One Man Pizza Party series, in addition to his Showyousuck Raps Over Toro Y Moi Songs EP.

Together, the trio will make their debut as Air Credits at Chicago’s own Double Door as part of Red Bull Sound Select and Consequence of Sound’s summer showcase. The show will be headlined by local god Open Mike Eagle with additional support from Chance the Rapper’s heroic angel, Saba. Going down July 7th, the gig is only $3 with RSVP, but you must be 18 or over to attend. RSVP for the event here, and check out the show poster below. This will be your only chance to say, “I saw Air Credits before anyone else had even heard of them,” so secure your tickets now!