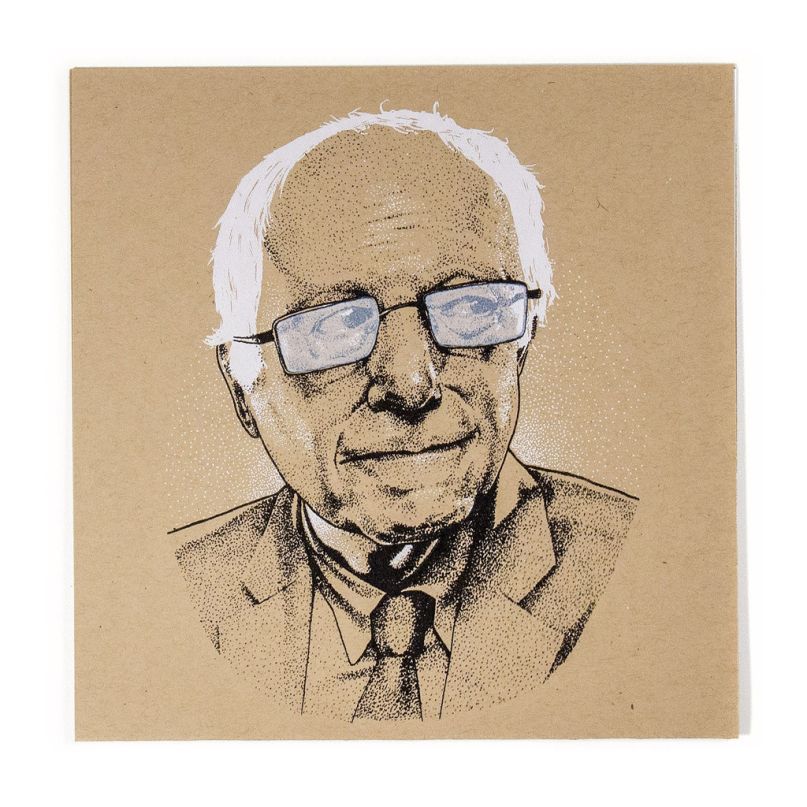 It’s no secret that Bernie Sanders has found an avid group of supporters among the music crowd. Neil Young gifted him a song, Vampire Weekend, Grizzly Bear, and Red Hot Chili Peppers performed at his rallies, and Killer Mike has become a campaign spokesman.

Now, the Democratic presidential candidate has teamed up with Sonic Youth co-founder Thurston Moore for a collaborative single. Entitled “Feel It in Your Guts”, the track “is a twelve-string acoustic piece laced with excerpts from Bernie Sanders’ speeches, touching on topics like the worship of money, economic inequality, social justice, and the need for basic human rights for all people.”

Joyful Noise Recordings will release 1,000 hand-numbered copies on square, white flexi-disc vinyl, with a screenprinted cover art by David Kloc. Every copy will be given away for free to those who make individual donations to Sanders’ campaign. The track is also available as a free digital download. Click here for more.