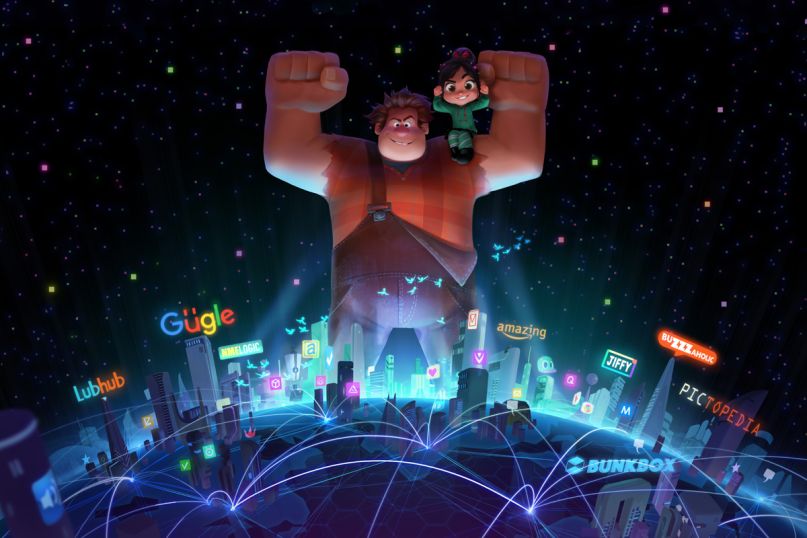 Another day, another sequel. During a Facebook live broadcast today with Rich Moore, the director behind Wreck-It Ralph and Zootopia, it was announced that the former will be followed up with Wreck-it Ralph 2. To help break the news, John. C. Reilly, the voice of Ralph himself, appeared onscreen donning over-sized Ralph hands.

Reilly offered some insight into the plot, saying, “Ralph leaves the Arcade, and wrecks the Internet!” Soon after the broadcast, Disney revealed the first visual look into the sequel, which depicts Ralph and Vanellope von Schweetz (Sarah Silverman) defiantly ready to conquer a mapped out version of the World Wide Web. The photo (above) shows mock sites such as Gügle, Amazing, and the humorously named LubHub, to point out a few.

“The world of the Internet is the perfect place to send Ralph and Vanellope,” said co-director Phil Johnston in a press release. “The scope and scale are so vast and the possibilities for comedy are endless.”

Wreck-It Ralph 2 will hit theaters March 9th, 2018. To hold fans over until then, Walt Disney Animated Studios is set to release another animated film, Moana, in November of 2016.