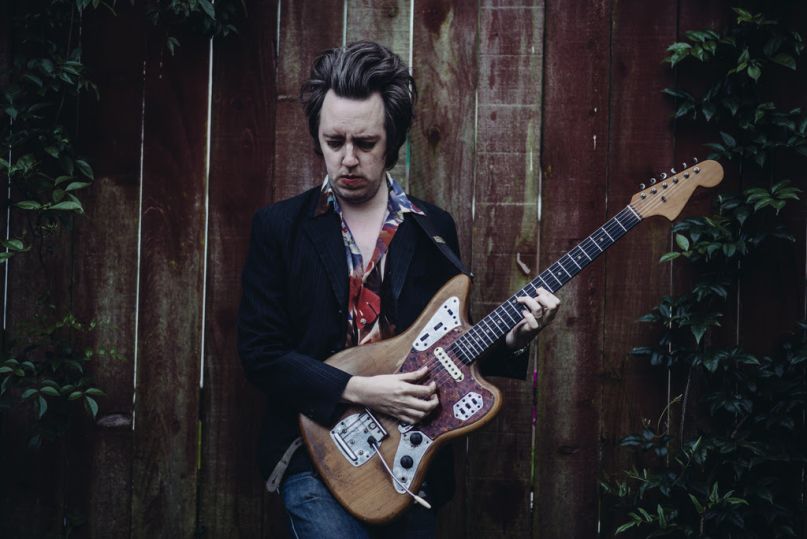 On last summer’s Early Years Anthology, San Francisco’s The Fresh & Onlys revisited their early material, songs that date back nearly a decade. This year, rather than look to the past, the band’s guitarist Wymond Miles is using his forthcoming solo album to examine today’s current social issues.

Call by Night, the follow-up to 2013’s Cut Yourself Free, evokes the often forgotten landscapes of the American West, including the working-class small towns where he grew up, “all while grappling with issues of fatherhood, privacy, PTSD, violence, and dissipated romance,” according to a press release. As Miles describes, it’s a “more definitive commitment to seek, listen, and give voice to an enduring muse.”

Its nine tracks, all of which were first written on piano, were recorded by Phil Manley (The Fucking Champs, Trans Am) using vintage gear. Sessions took place at San Francisco’s El Studio as well as Miles’ own home studio, the Garden Chamber.

Ahead of the LP’s July 8th release date via Sacred Bones, Miles has unboxed lead single, the grand and sweeping “Divided in Two”. A statement notes the track “considers dignity, class, honor, and father-son relationships through the devastating lens of PTSD.”