A passing blast of brutality from the Melvins' other half 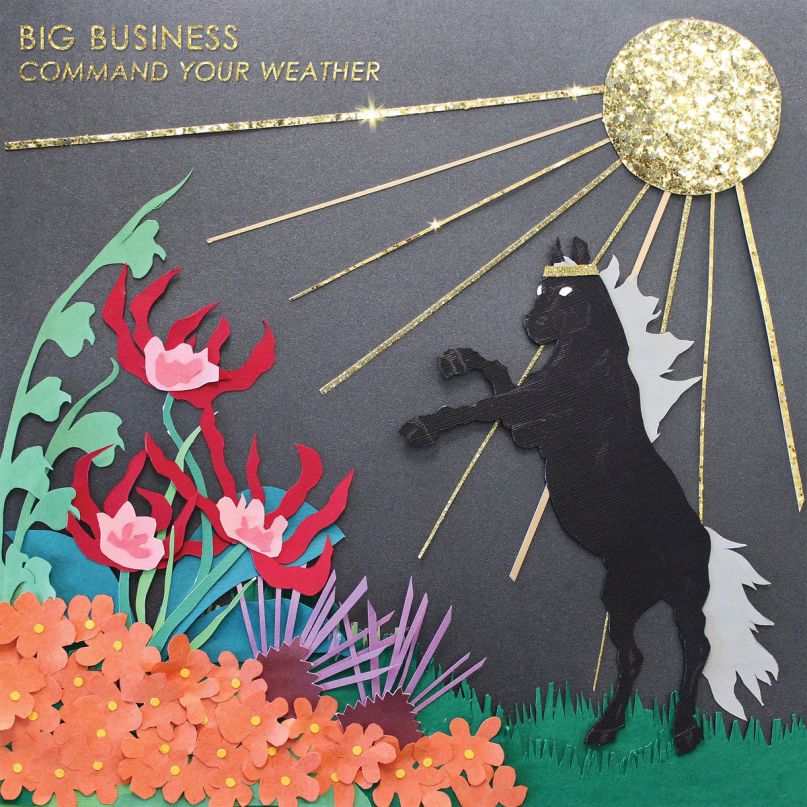 For the stoner metal scene, it’s been a long, slow burn. Ever since Sabbath, there have always been bands willing to inhale, turn up, and slow down. But now there is an entire musical subculture devoted to the Way of the Weedian. A few factors have led to this renaissance: decriminalized marijuana laws, increased exposure and access to the music, the chaos of modern society, and the need to escape it all through the timeless pastime of getting baked and listening to records. Above all, the consistency of heavy bands — and fans’ cult-like devotion to those bands, even during the off years and dead periods — has kept stoner doom alive. Now, it’s a global, cross-lingual network similar to the black metal, hip-hop, and electronic scenes, not contained to any one region or clique.

Seattle duo Big Business formed in 2004 during the indie music surge of that era. Aside from a few major players like Queens of the Stone Age, stoner rock and heavy psych were then deep underground compared to their current popularity. When Big Business broke on the scene and garnered indie cred for 2007’s Here Come the Waterworks, they had the appeal of sounding fresh and different. Melvins worship wasn’t chic at the time, but the record still slayed, and audiences responded. Waterworks stands as one of those transitional records that kept heavy music on the radar of hip kids and tastemakers. It kept things alive.

No surprise that Big Business’ Jared Warren and Coady Willis are now rotating members of the Melvins (and are going on a decade alongside King Buzzo and Dale Crover). At this point, there’s literally no separating the two bands, physically and stylistically. That overlap is pervasive on Command Your Weather, the fifth Big Business album and the first released as a duo after the departure of guitarists Toshi Kasai and Scott Martin.

Weather is an unrelenting bomb of low-end grooves and unpleasant feedback; however, much like the endless flow of Melvins albums we’ve been getting since Warren and Willis starting helping out, the record passes in a harsh blur. After a brief intro, “Regulars” kicks off with heavy fuzz riffing — Warren’s bass affected to sound like an organ — grooves layered on top of grooves. Structurally, the band form songs around a consistent riff or root note, which then opens into a more complex riff or rhythm when the chorus/bridge/change-up rolls around. This is the approach Big Business have used on all of their records. But the brutal nature of this style, and the adamancy of keeping the record heavy, claustrophobic, and relatively hookless, is what’s plagued the annual Melvins album — and what’s made those records forgettable compared to their classic material like Lysol and Houdini.

Not to say there isn’t variation on Command Your Weather. A staccato riff jumps out of “Father’s Day” — a deceptively progressive track with blistering chord changes and a hypnotic groove. “Blacker Holes” touts a cross-section of southern sludge and Monster Magnet-inspired spaciness. Warren’s vocals soar thanks to a savvy bit of dubbing where he hits different octaves on different takes to create a choral effect. But there’s so little space on the album, and these recording quirks rarely cut through the mix. Warren’s vocals are buried beneath the huge bass and the crashing cymbals, creating a formless oppression that might be an artistic choice, but ends up making Command Your Weather an exhausting front-to-back experience. When the album reaches the slow-droning closer “Horses”, it comes as pure sonic relief, coasting to the finish line. Even the band knows that you gotta cool it at some point, but it’s too little, too late.

Deeper analysis of the songs reveal imaginative chord progressions and baffling guitar arrangements (“Own Throats” is a rhythmic mindfuck and “Diagnostic Front” turns dissonant riffage into power pop), but Command Your Weather is almost purposefully inaccessible to the point of masochism, and truly digging into the album requires commitment and endurance. Big Business no longer have the element of surprise and demand, either, like they did in 2007. Command Your Weather is a passing blast — intriguing to devout followers and a punishing rehash for those who’ve already heard and digested the band’s best material.