A bold, uncompromising statement against oppression and a striking representation of society's struggles 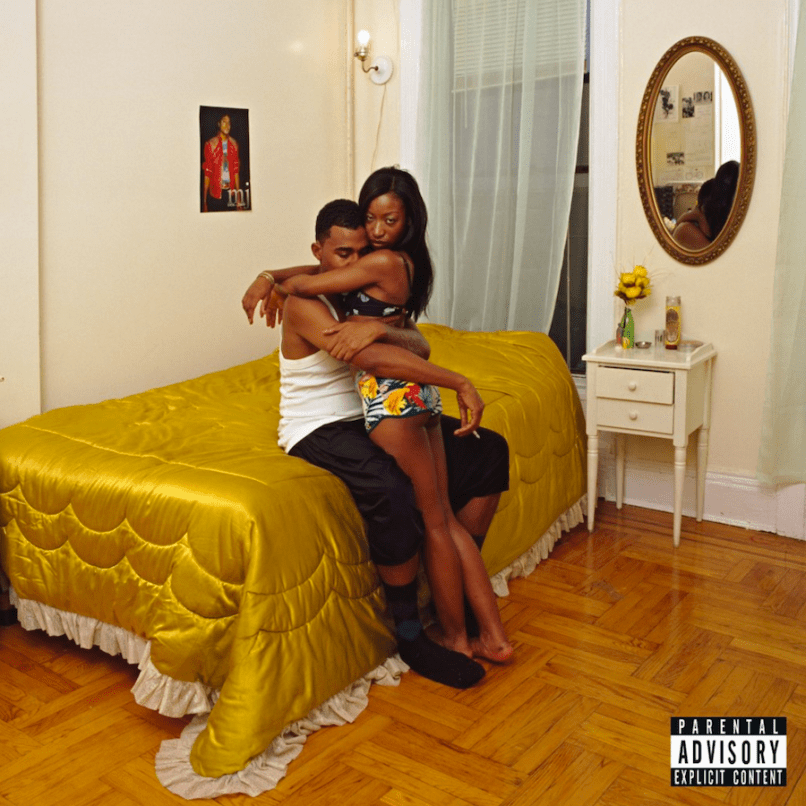 Last fall, Dev Hynes released “Sandra’s Smile”, a charged ballad about the death of Sandra Bland that related to her story on an individual level, portraying her as a person rather than a symbol, crafting a poignant tribute to her life. By making the political personal, Hynes emphasized the humanity at stake in the struggle for equality. It’s a method he expands throughout Freetown Sound, the long-awaited follow up to his last album as Blood Orange, 2013’s Cupid Deluxe, which introduced the world to his ability of capturing universal sentiments of heartbreak and melancholy in deeply specific ways. It’s been a tumultuous few years that included him losing his home to a fire and being allegedly assaulted by festival security. While he’s kept busy since by working with other artists, this emergence feels like a grand statement.

Throughout the past decade, Hynes crafted a singular, recognizable sound through his writing and production. Whether he’s working with pop stars like Solange and Jessie Ware or rappers like Skepta and Heems, he builds a markedly distinct world around their voices. Through a filter of longing and sorrow, it’s always apparent when Hynes has had a hand in a song. Freetown Sound expands this quality exponentially, with Hynes pushing his sonic palette to new heights. He enlists Zuri Marley to reinterpret an Eddy Grant song from 1984, adding crossover reggae into his toolbox a mere track after a grooving new wave odyssey featuring Debbie Harry herself.

In a press release, Hynes explained that the record was influenced by his mother and father moving to London from Guyana and Sierra Leone, respectively, at the same age he moved from London to New York. It’s an album about “being black in England, being black in America,” as Hynes puts it, thematically focusing on the multitudes that contains. It’s about the specificity of one’s own experiences, uncompromising in its stance, with no need to mince words for potential listeners who may not share Hynes’ point of view. Similar to recent albums about race in America like Lemonade, To Pimp A Butterfly, and Eat Pray Thug, Freetown Sound establishes a framework for audiences of different ethnicities to understand and empathize even if they can’t personally relate to it.

For a biographical album, Hynes adeptly weaves multiple voices throughout, between the collaborators he works with and the lips he samples. Inspired by the Dust Brothers and Paul’s Boutique, it’s a collage of sonic ideas that bleed together to make a dense work that invites study and appreciation. There are snippets of De La Soul and Boogie Down Productions songs, monologues from the 1990 film Paris is Burning, and a Ta-Nehisi Coates speech given at a roundtable discussion, but their use is much more than a game of “spot-the-reference.” Each snippet makes explicit the underlying themes throughout, between the impassioned poem about feminism that opens the record and an old-style blues interlude on what “black is” on “With Him”. If the album is scattered at times, it’s a purposeful design to illustrate the spread of ideas and issues that exist in conjunction with each other that Hynes accentuates. This “cut and paste” methodology is showcased in his lyrics and motifs as well, as the line “You chose to fade away with him” appears on three tracks while the final line on closer “Better Numb” is a direct callback to an earlier song, presented in an entirely different context.

Hynes has a penchant for de-centering his voice from his songs, and the score of guests emphasize his nature as a composer conducting a symphony. A scan through the credits reveals contributions from collaborators in his live band as well as members of Chairlift, Kindness, Porches, Bea1991 and more. His collaborations play to his partners’ strengths in unexpected ways, such as the tropical house duet with Empress Of, “Best To You”, and the frenetic trip-hop beats on the Carly Rae Jepsen-assisted “Better Than Me”. Nelly Furtado takes the lead on the album’s emotional centerpiece, “Hadron Collider”, a pained ballad previously released as a one-off cassette that surprisingly fits. The record’s discordant nature is reinforced by the inclusion of multiple voices, building a carefully arranged work that consistently upends expectations.

Hynes also differentiates himself through political speech, distilling generalized concepts of appropriation, prejudice, and fear into specific tales. “Chance” details Hynes reading the T-shirt of a girl with thick blonde braids in an audience, noting that “no one ever really cares what ‘thug life’ means.” He explained to the New York Times that “But You” is about walking down a street where “there’s a young blond girl in front of me, and we’re the only the ones on the street, and it’s me trying not to scare her walking.” A collection of internalized assumptions is broken down to a single experience, showcased in a ballad that could fit on a late Michael Jackson album. Highlight “Hands Up” blends Prince and Springsteen together while referencing Michael Brown and Trayvon Martin in a heartfelt telling of everyday anxieties of being black in America. “Sure enough they’re gonna take your body,” Hynes sings over a cathartic guitar solo, a profound moment that draws a line from the musical influences of past generations to social issues present both then and now.

Hynes has built a career of combining seemingly divergent and outdated musical genres to find emotional resonance, and in that sense Freetown Sound is the culmination of what he’s been building towards. Sprawling and messy by design, the album covers the complicated sentiments that exist in modern culture that refuse to be reduced to a mere talking point. Towards the end of the record, Hynes repeats messages of knowing and choosing your worth, an inherently defiant stance against the oppression of marginalized groups. Built on that confidence and a bold, uncompromising vision singular in scope and execution, Freetown Sound stands concurrently as a deeply personal work and a striking representation of the struggles present in today’s society.

Essential Tracks: “Best To You”, “Hands Up”, and “Hadron Collider”