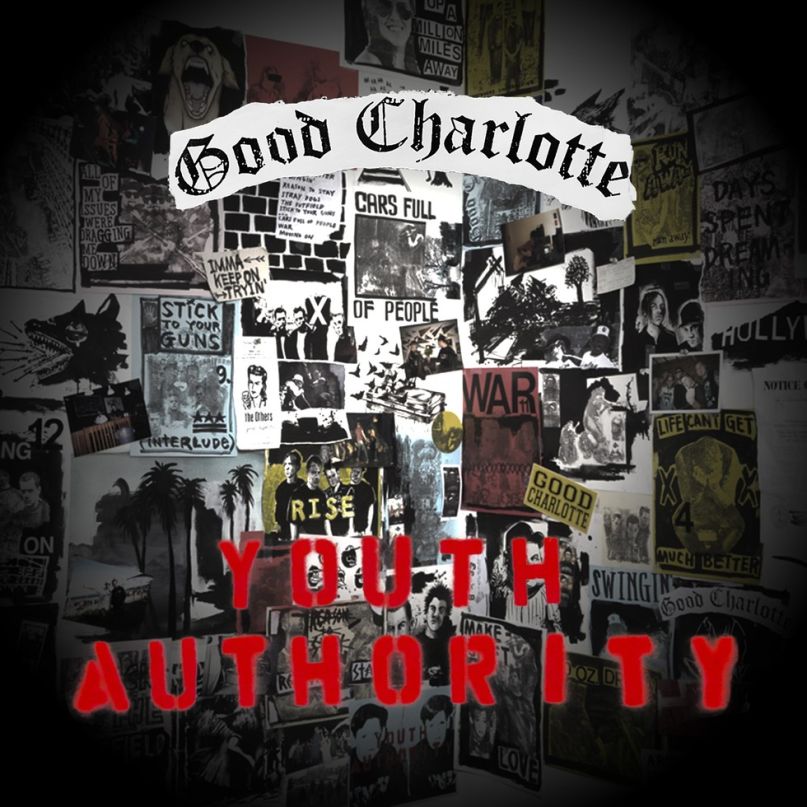 How well is pop punk, as a genre, holding up, as its patron saints careen headlong into middle age? This spring, six years after the release of their fifth studio album, Cardiology, and 16 years since their self-titled debut introduced “Waldorf Worldwide” to the masses, Good Charlotte rode the nostalgia wave all the way to sold-out shows from Los Angeles’ Troubadour to Washington, D.C.’s 9:30 Club.

Like so many of their early-to-mid-aughts contemporaries, the band, which now comprises Benji and Joel Madden along with Paul Thomas, Billy Martin, and Dean Butterworth, mined personal narratives of absentee fathers and general suburban malaise for the sake of art, ultimately selling five million albums that spawned nine radio hits between 2002 and 2004. They went on hiatus in 2010, and in the time since, the Madden brothers have married celebrities (Nicole Richie and Cameron Diaz, respectively,) built their personal brands as producers, and served as mentor-judges on The Voice Australia.

Which brings us to June 2016 and Youth Authority. The album’s lead single, “40 oz. Dream,” finds the Madden brothers thinking back to the golden era that gave rise to their career: “I ran outside to see, it’s not 2003,” Joel sings. “Turned on the radio, it’s so confusing.” He goes on to name-drop rapper Eazy-E, whose name conveniently rhymes with MTV. Any point Benji and Joel are trying to make about the cultural superiority of the ‘90s is obscured by the song’s inescapable similarity to the 2004 Bowling for Soup hit “1985” — and unfortunately, if the two had to go head-to-head, the latter would win. “40 oz. Dream” is the sonic equivalent of being hit over the head with a plastic toy cassette player.

Once you move past this early atrocity, Youth Authority actually doesn’t sound terrible. The Madden brothers don’t have a whole lot left to sing about, though; the songs’ substance begins and ends with their power chords. The tracks on Youth Authority cover marital discord (“Makeshift Love”, “Stray Dogs”, and “WAR”) that honestly doesn’t sound too dire, and the action of persevering in the face of accusations of selling out (“Keep Swingin’”). And of course, what would a Good Charlotte album be without the old, tried-and-true themes of disappointment and apathy? “We were the young and hopeless, we were the broken youth,” Joel sings in “The Outfield”. “You weren’t the only one they used.” Additionally, “Cars Full of People” is a comparatively mellow, genuinely sweet and optimistic interlude, built around a rising beat that wouldn’t feel out of place in a folk rock song.

Good Charlotte, more than any other band of its vintage, trucked in a message that now feels solipsistic and outdated, or perhaps always was: They wrote songs for young, mostly white people who felt as though they had gotten short shrift somehow, kids who felt as if the machinations of “the system” had let them down. “The happiest day of my life is the day that I die,” Benji sang with no hint of irony on a track from 2002’s The Young and the Hopeless, a line that now feels a little too on-the-nose given the daily horrors of the news. But as a pubescent girl, I ate it up, as did millions of other teenagers.

Thankfully, Youth Authority reigns in the blanket statements, focusing more on the personal than the universal. That doesn’t mean it doesn’t sound tired and dated, though. The theme of memory crops up quite a few times, as does more of what you’d expect: dealing with transition, change, the passage of time. The Maddens and co. sound like they’re throwing the obligatory tropes of encroaching middle age against the wall, hoping that something, anything, will stick.

The so-called “emo revival” that’s been taking place in the last few years is in the process of shifting listener’s expectations of what a once-dated genre can do, what it can be and say, how it can make people feel. Maybe it’s just a malt beverage-induced dream to think that a band like Good Charlotte could or should do the same.