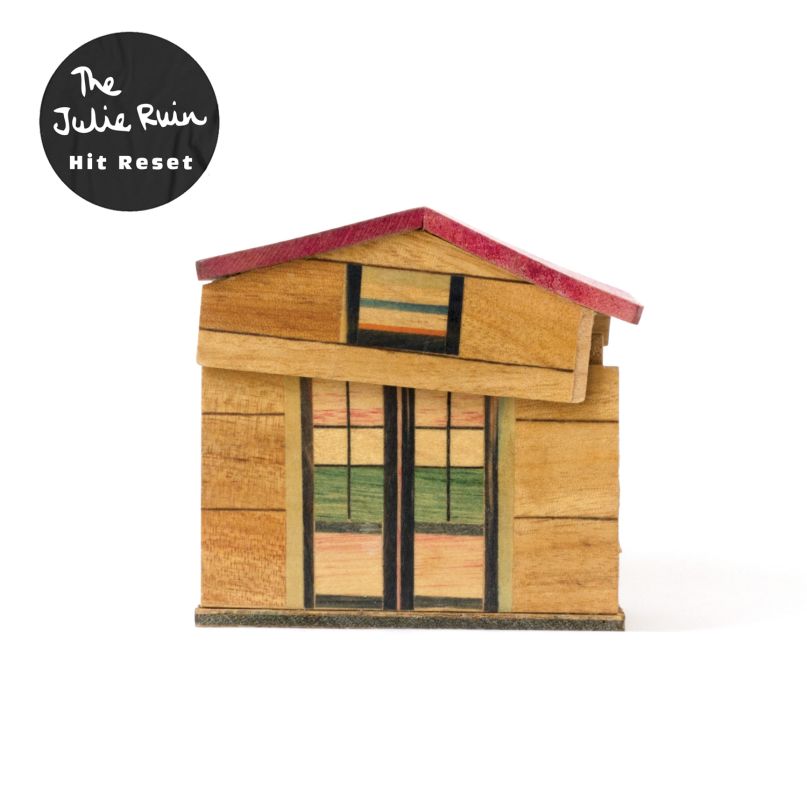 In the ’90s, punk rock was a male-dominated scene, and as the singer of riot grrrl band Bikini Kill, Kathleen Hanna inspired waves of female musicians. When she moved on from Bikini Kill, she put her strong-as-hell voice to use elsewhere, fronting the electro-punk group Le Tigre. She recorded and performed with the band for a few years, then, run down from tour, the scrutiny of the media, and late stage Lyme disease, she went underground to recover.

In 2013, Hanna announced her return to music alongside The Punk Singer, a documentary that acknowledged her contribution to music, and spent worthy attention on her solo record, Julie Ruin. Upon coming back, Hanna instated a band under that name, and their debut, Run Fast, dispelled any misconceptions about the state of Hanna’s voice, which remains as shocking and distinct as when it first rattled the punk world. The Julie Ruin’s sound differs from her past, however, finding a medium between the gritty guitar punk of Bikini Kill and the danceable synths of Le Tigre. On followup Hit Reset, the band further settles into this new chapter, and demonstrates just how easily she can transform fury and feelings into melody and fun.

While this is the band’s sophomore effort, it comes loaded with the expectations of Hanna’s career. By stripping The Julie Ruin’s sound even further back to basics, taking out a good deal of the keyboard that dominated the first album, they have created a record that feels more indebted to her early work. There is still plenty of synth smattered throughout the release, notably on the single “I’m Done”, but it never takes over the song. The single, as with most songs on the record, is at its best when it hits the chorus, where the enormity of Hanna’s voice is on full display.

The album never shies away from potentially thorny issues, tackling many of the frustrations that have rankled Hanna. However, there’s something celebratory about the music. The entire release is utterly upbeat, and songs like “Planet You”, which shares vocals with keyboardist Kenny Mellman, have a definite punch. The album has a youthful, fun energy; even when the songs tackle difficult topics, they never feel particularly heavy. Hanna’s humor shines, whether she’s poking at male pseudo-fans in the fast, spoken verses of “Mr. So and So” or the mocking significant others in “Rather Not”.

In addition to greater societal faults, Hanna continues to turn her eye toward her own experiences. The place that Bikini Kill and Le Tigre carved in the industry benefited not only female and queer musicians, but any artist whose music is charged with a political message, and the need for that kind of freedom remains vital. With this album, Hanna takes on the mantle but leaves enough space to make way for younger artists to thrive. At this point in her career, it’s as meaningful to explore her own history.

There are some aspects of Kathleen Hanna that will never disappear from her music, like the sharp wit and the force of her vocals. While the music of The Julie Ruin may not have as much of the anger and purpose that colored her earlier work, it feels like some of her most personal music yet, a reclamation of herself as a musician. It’s become a new signature for her to filter the personal into whip-smart tracks that are filled out with guitar fuzz and synthesizers. With any luck, Hanna isn’t going anywhere this time around.