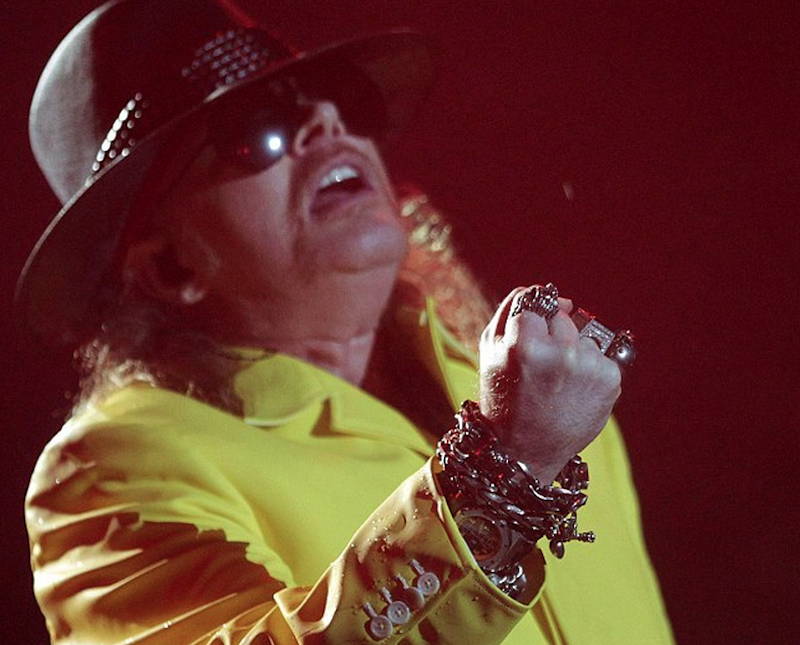 Axl Rose has a notorious history of refusing to go on stage until everything is just right — or, because he’s in the middle of watching Teenage Mutant Ninja Turtles.

In a 2013 interview, the GNR frontman defended his tardiness by saying it’s usually related “[to] the show in some fashion;” though, as Cameron Crowe revealed in a new interview with EW, there was at least one occasion when a wardrobe issue delayed Rose from taking the stage.

Crowe was discussing his new Showtime series, Roadies, in the interview when he was asked to recount the best roadie story he’d heard. What he revealed is a tale that has become so infamous amongst band crews, that it’s actually become part of their lingo.

Apparently, Crowe overheard some roadies talking about “yellow-jacketing,” and inquired what that meant. “They said, ‘There was a guy that worked with Guns N’ Roses, and there was a show and Axl Rose needed a yellow jacket that he’d left in England before he would perform. So a roadie was given the job to get on a plane as fast as possible, go to London, find Axl Rose’s yellow jacket, and come back so he could play the show.'”

Yes, Axl Rose once sent a crew member to a different country just to pick up a specific yellow jacket — but that’s not even why Cameron remembers the story so well. “The best part about that story is not that somebody had to go get a yellow jacket for Axl Rose,” he continued, “but that it became such lore among other roadies that it became a verb — to yellow-jacket.”

Read the rest of Cameron’s interview, in which he discusses the show, Almost Famous, and how yellow-jacketing might play into Roadies, at EW.