Drakkar Nowhere ask the cosmic question on new single “How Could That Be Why?” — listen 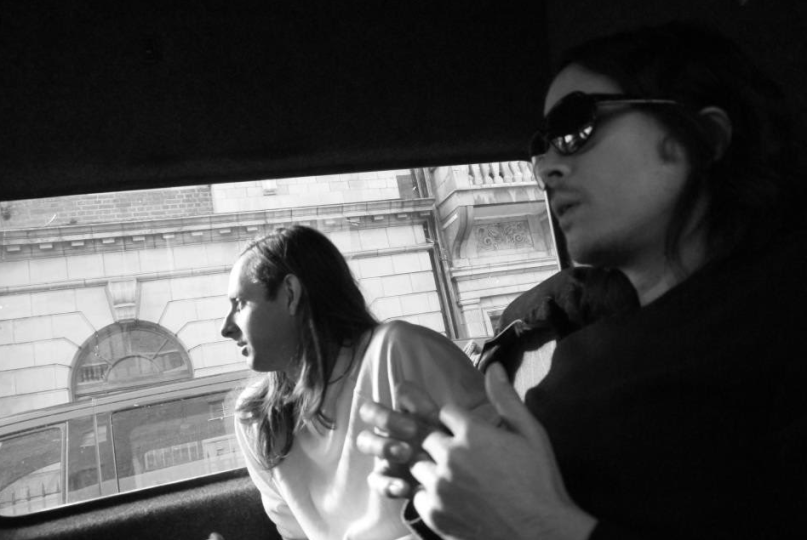 Daniel Collás and Morgan Phalen have been adding their psychedelic bent to funk and soul as members of Phenomenal Handclap Band for the past eight years already. But four years into that band’s existence, the pair found themselves experimenting with something else entirely inside Phalen’s Stockholm apartment. In the rented abode’s kitchen, they started working on a set of prog-ish, jazzy soul sounds that reached farther into the cosmic unknown than PHB had ever dared venture. As other musicians from the likes of The Amazing and Dungen began contributing, the project eventually evolved into Drakkar Nowhere.

Now, four years after the band first entered gestation, they’re ready to arrive with their self-titled debut, coming September 23rd via Beyond Beyond is Beyond. The album’s latest single, “How Could That Be Why?”, signals that this could become one of 2016’s most unexpected and exciting journeys into the psychedelic.

There’s a hint of muted Miike Snow in the synthesizers and piano, one that adds a subtle pop edge to instrumentation that’s as attractive and mysterious as the streak of a comet. Dungen’s Mattias Gustavsson, meanwhile, helps out the funky low end by supplying a bass line that turns space jazz on its head. And yet these mind-altering sonics are only half the wonder, as Collás’ lyrics are equally as open to exploring life’s grander questions: “If it’s win or lose/ Is it really mine to choose?/ How could that, but how could that be why?”

“‘How Could That Be Why’ was a relatively late addition to the album,” Collás explains of the song’s creation. “It was originally a 20 second snippet, part of an exquisite corpse mixtape thing we had been working on as a sort of primordial ooze for potential new material. It’s one of two songs on the album that was done almost entirely remotely, since I live in Brooklyn and Morgan lives in Stockholm. We’ve gotten pretty good at pinging ideas back and forth across the Atlantic via Skype, email and IM.”

“How Could That Be Why?” sounds more like it was created pinging ideas back and forth from the International Space Station to Earth; take a listen below.

Pre-orders for Drakkar Nowhere are going on here.