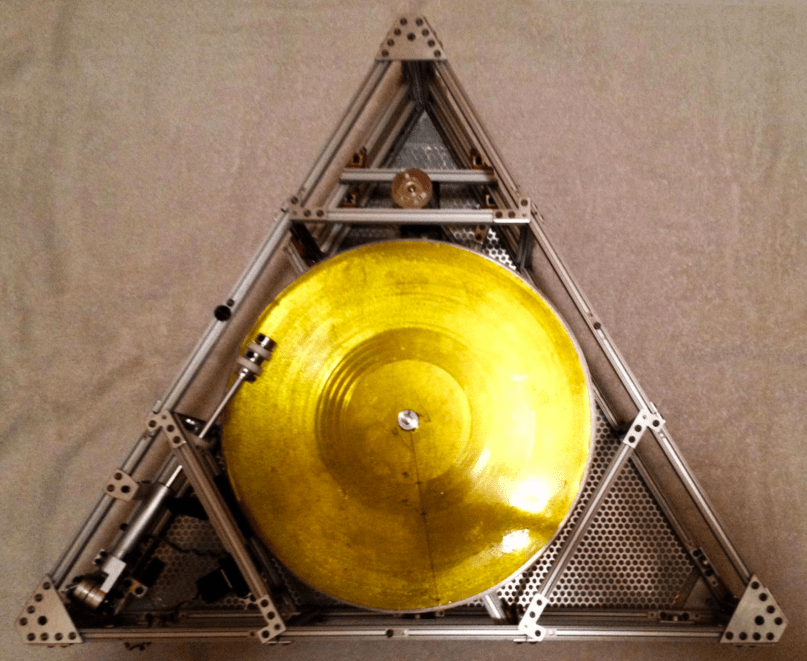 Mad genius Jack White is cooking up another fun science experiment from his Third Man Records lair in Nashville, Tennessee. This coming Saturday, July 30th, White will attempt to make “vinyl history” by playing the first record in space.

Using a “space-proof” turntable attached to a high-altitude balloon, White will launch a gold-plated 12-inch master of Carl Sagan’s “A Glorious Dawn” into the outer limits of Earth. The vessel tasked with the mission — The iCarus Craft — was designed by former NASA member Kevin Carrico in collaboration with SATINS (Students and Teachers in Near Space).

Third Man Records will host launch parties at both its Detroit and Nashville locations, which will include a viewing of the mission in addition to live performances, exclusive merchandise, and limited edition 12-inch gold vinyl copies of “A Glorious Dawn”. Additionally, in Detroit the iCarus Craft will be on exhibit with Carrico answering questions, and in Nashville, the gold-plated record will be displayed. (Apparently the actual launch will take place prior to Friday’s festivities).

The launch will also be streamed live online through Third Man Records’ website.

White’s “space vinyl” follows a number of other impressive feats, including the release of “Freedom at 21” using 1,000 helium balloons, his invention of the triple decker vinyl record, and the time he recorded, pressed, and released a song all in one day