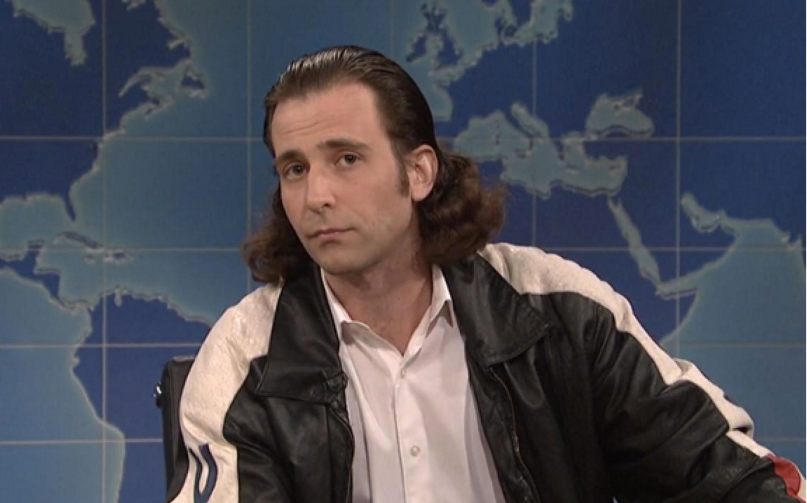 Long before Kyle Mooney was straddled with the hefty task of keeping the weird in arguably the safest era of Saturday Night Live, he was kicking it old school with his sketch comedy group Good Neighbor. Alongside SNL co-star Beck Bennett, former SNL writer Nick Rutherford, and director Dave McCary, the outfit came up with dozens of side-splitting online videos, from “Pregnant Jamie Lynn Speaks Out” to “Toast” to “Unbelievable Dinner”.

Now, they’re back together (sans Rutherford) to take their talents beyond the blogosphere and pour them into a feature-film debut for theaters — well, hopefully, who knows anymore. What we do know is that it’s called Brigsby Bear, Mooney and Kevin Costello wrote the thing, McCary will helm it, and production begins next week. Oh, and according to IMDb, there’s an insane supporting cast that includes obvious folks like Andy Samberg and left-field names like Greg Kinner.

“Brigsby Bear Adventures is a low-budget children’s TV show produced for an audience of one, James. When the show abruptly ends, James realizes that everything about his life is a lie, and he must learn to cope with the realities of a new world that he knows nothing about.”

Mooney will play James and although he’ll be suffering an existential crisis, he’ll be in good company, specifically Claire Danes, Mark Hamill, Maggie Gyllenhaal, Michaela Watkins, Matt Walsh, and his good ol’ pal Bennett. What’s more, the whole shebang has the stamp of approval by The Lonely Island and Hollywood’s go-to comedy experts in Phil Lord and Chris Miller, who are all credited as producers on the project. Pretty wild, right? That’s some backing, alright.