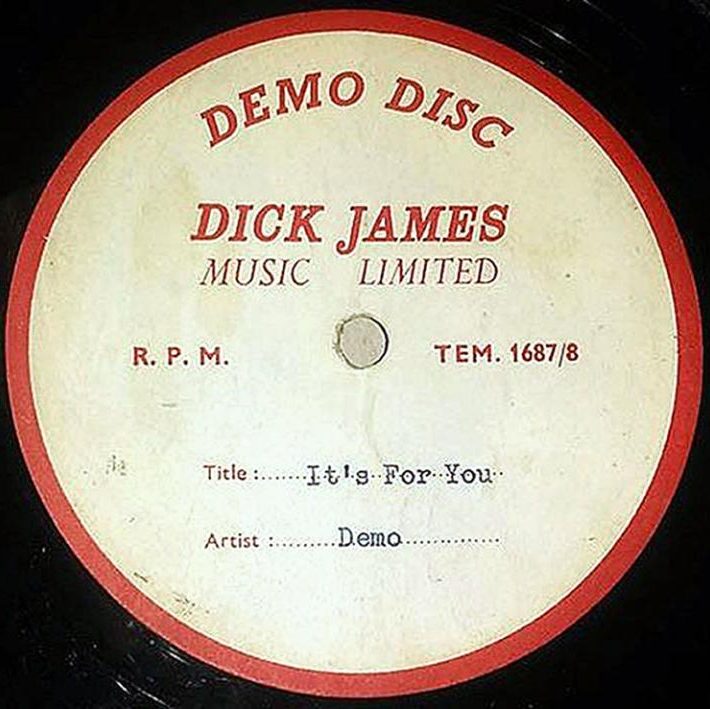 Imagine cleaning out your attic and stumbling upon a long lost demo recording from The Beatles. Such was the case for the family of singer Cilla Black, who recently discovered a 7-inch vinyl containing the only known recording of “It’s For You” sung by Paul McCartney.

McCartney and John Lennon penned the song for Black, a close friend and confidant, in 1964. In the process, McCartney tracked his own demo of the song, which he sent to Black for reference. Up until recently, McCartney’s demo was sought to be forever lost — that was until Black’s family opened a brown paper envelope and discovered a 7-inch Dick James demo disc featuring McCartney’s vocals.