Me and Mr. Ray: An Oral History of Miracle Legion 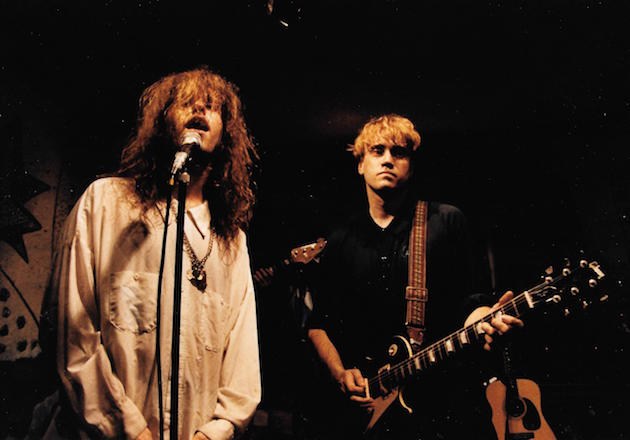 Oral History offers the most comprehensive retelling of a pop culture artifact.

This feature originally ran in April 2016 and is being re-published in anticipation of their show this Friday at Chicago’s Lincoln Hall.

In early January, I spent nearly 90 minutes speaking with Mark Mulcahy, frontman of the recently reunited New Haven, Connecticut, band Miracle Legion. For the first 80 minutes, we reminisced, traded jokes, and genially delved into more than three decades of band history. It wasn’t until I finally asked about a possible reunion that Mulcahy’s relaxed tone shifted to one of genuine concern. “I just don’t know, man. I know you like us, and somebody else likes us,” he told me, already grasping for words and audibly wrestling with the idea. “But I don’t know that it’s something that’s gonna be … I don’t know. I just can’t … I can’t really imagine doing it … I just don’t think there’s enough people that are interested – that’s all.”

At the time, Mulcahy didn’t know that I was privy to the fact that the first Miracle Legion tour dates in nearly 20 years — one of which Consequence of Sound is sponsoring on July 22nd in Chicago — were already being booked. But it wasn’t false modesty in his voice that morning or even an attempt to not divulge his band’s plans. Clearly, he was still experiencing serious doubts about a reunion whose reception could potentially prove disappointing. Despite a reputation for being a dynamic live act and having inspired artists like Thom Yorke and Ryan Adams, there are no guaranteed legions waiting for a Miracle Legion reunion two decades after their dissolution. They may have once shared a label and producer with The Smiths, but they aren’t The Smiths. And as I listened to Mulcahy try to relate his doubts, I began to understand. Why risk reviving something you deeply care about only to find out that nobody else cares?

And if there’s one thing I learned for certain from my conversations with Mulcahy and guitarist Mr. Ray Neal, whom I spoke to earlier that same morning, it’s that they still love Miracle Legion and all the sweat, passion, and sincerity they associate with that band and time in their lives. Their cadences in conversation couldn’t be more different — Mulcahy seemingly shrugging off questions while his thoughts assemble and finally arrive in enthusiastic spurts and Neal volleying back precise details and stories with a quickness that belies the fact that I was asking about things that happened decades ago — but neither can hide their joy when talking about being in that band. Neal likens the best Miracle Legion concerts to “religious experiences,” and Mulcahy sounds animated enough to climb through the telephone, like a cartoon character, to explain in person just how much he loved being in that band.

Three months ago, Mulcahy told me, “I’m going to be the most surprised guy if at some point I step up to the microphone and behind me is Scott, Dave, and Ray.” He now has more than a dozen of these surprises confirmed in America and the UK. Whether legions of fans or thinner ranks mobilize remains to be seen, but one thing feels certain: If Mulcahy and Neal really loved playing in Miracle Legion as much as they indicate, they definitely owe it to themselves to “get in the van” at least one more time.

As they prepare to write the next chapter of their band’s story later this summer, Mulcahy and Neal took some time to reflect on all that’s happened since they met in New Haven decades ago. This is Miracle Legion’s story, as told by Me and Mr. Ray themselves.