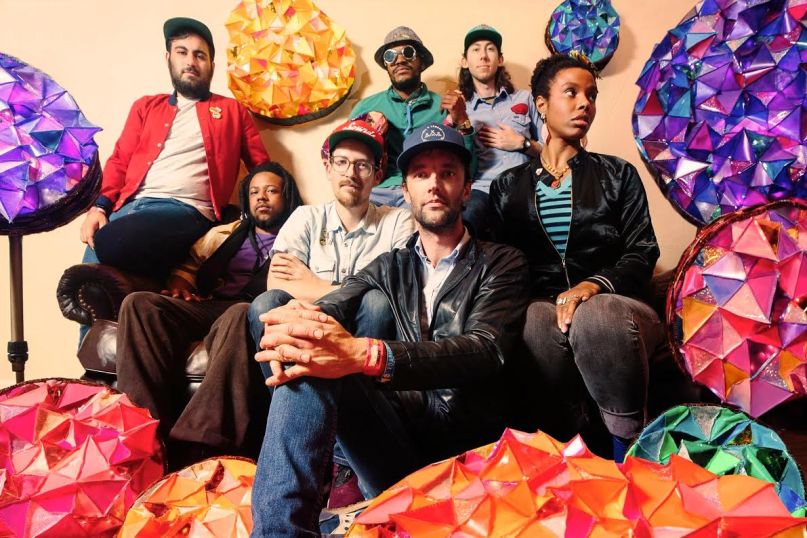 Bees are horrifying little demons that must be stopped by any and all means possible, which is just one of the reasons we totally support Nashville band ELEL and their new single “When She Walks”. The whimsical acoustic pop tune tells the story of a woman so stunning that she stops all the “buzzing bees” in their tracks whenever she walks through a room.

At least, that’s how it started. As frontman Ben Elkins explains, “When I was writing the verses, it became a song more about one person calming another person’s troubled mind. So the song became much more emotionally based, eventually.” That’s cool and all, but we almost prefer the literal meaning that involves stopping bees in their tracks (full disclosure: we’re allergic).

It’s hard to place “When She Walks” on the spectrum of pop rock, but it falls somewhere between the grandiose melodies of Arcade Fire and the subtler, more whimsical tendencies Wilco has gravitated toward in recent years. “I think it sums up our energy as a band,” says Elkins, and that energy is certainly enough to stop us in our tracks.

The indie pop ensemble will release their debut album Geode via Mom+Pop later this year, following up their self-titled EP from this spring. Listen in to “When She Walks” below.