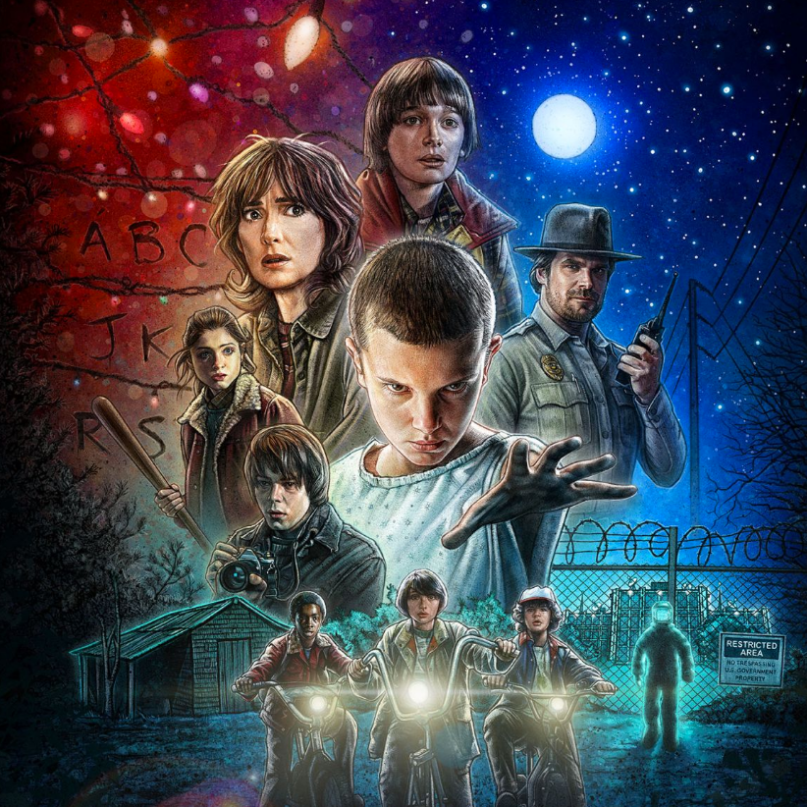 Have you seen Stranger Things? If not, you’ve been missing out. The latest Netflix series is designed to tap into the hearts and souls of everyone who’s ever been mystified by Steven Spielberg’s Amblin films. Or John Carpenter. Or The X-Files. Or even parts of Under the Skin. Gah, the list could go on forever and ever and ever.

Well, anyone who’s subscribed to the series by now knows how exceptional the soundtrack was this past season, featuring the likes of Joy Division, The Clash, The Bangles, New Order, Toto, Foreigner, et al. What’s more, Kyle Dixon and Michael Stein, aka the brilliant masterminds of Austin’s S U R V I V E, provided the score.

Naturally, fans have been pining for the music to be officially released, and of course, Netflix has obliged. According to the show’s official Facebook page, Dixon and Stein’s luscious score that recalls the Golden Age of Carpenter and Tangerine Dream “is coming soon.” In other words, you won’t have to keep blasting this:

An official release date is likely around the corner. In the meantime, S U R V I V E has a new album titled, RR7349, due out September 30th via Relapse Records. Judging from its first single, “A.H.B.”, fans can expect loose echoes to Stranger Things, enough to satiate their hunger before the official score finally drops. Listen below.

And because we’re really, really kind, we’ve put together a Spotify playlist of the show’s original soundtrack. You can listen down yonder and turn it up to … Eleven. And yes, that’s not just a Spinal Tap joke anymore.