The Scots didn't show the reunited outfit much love 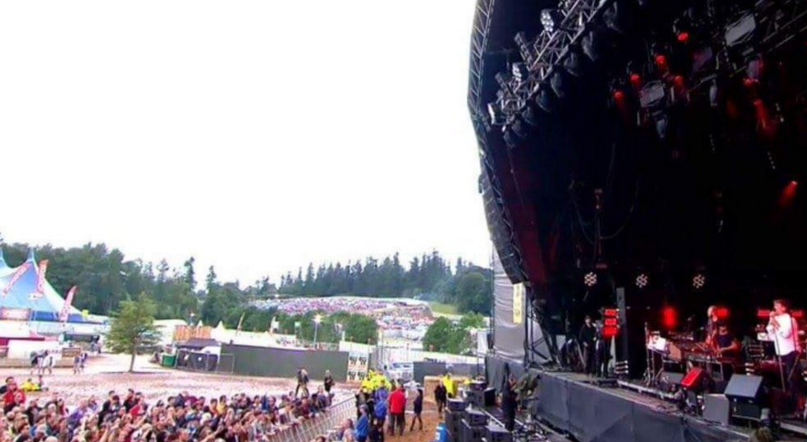 Regardless of your personal feelings surrounding the reunion of LCD Soundsystem, the group’s second coming has been one of the biggest festival draws of the summer. Sure, its ubiquity saps up some of the excitement, but James Murphy and co. have proved worthy headliners everywhere from Bonnaroo to Primavera Sound to Coachella. That success didn’t translate to Scotland over the weekend, however, as LCD’s headlining spot at T in the Park was so poorly attended it was almost criminal.

With Red Hot Chili Peppers performing over on the other main stage, muddy fields, and rainy weather all set up as obstacles, it seems not many were game to show up to the dance-punk favorites’ set. The crowd was so small that you could have likely shown up halfway through the set and still been fairly close to the rails. Twitter responded with as much shock as we imagine the band did.

the crowd LCD soundsystem got at T in the park yesterday is making me sad pic.twitter.com/FHMpWSt8I2

LCD Soundsystem's crowd at T in The Park is one of the saddest things I've seen. Shame on you all.

Just watched the highlights of LCD Soundsystem's set at T in the Park. Criminal turnout. A festival for part-time music fans.

Just watching the amazing @lcdsoundsystem from T in the park,a band that headlined #Glastonbury. V poor turn out pic.twitter.com/Q6x18ktU2S

Ridiculously poor turn out for @lcdsoundsystem at T in the Park

To the band’s credit, they reportedly turned in as impressive a set as they did in front of packed crowds at events like Glastonbury. Even so, it’s stuff like this just makes you question the state of music sometimes:

The size of the crowd at T in the Park for LCD Soundsystem compared to Calvin Harris is just embarrasing pic.twitter.com/2VtSnZWSnR

But then again, T in the Park seems to struggle to get anything right at all.