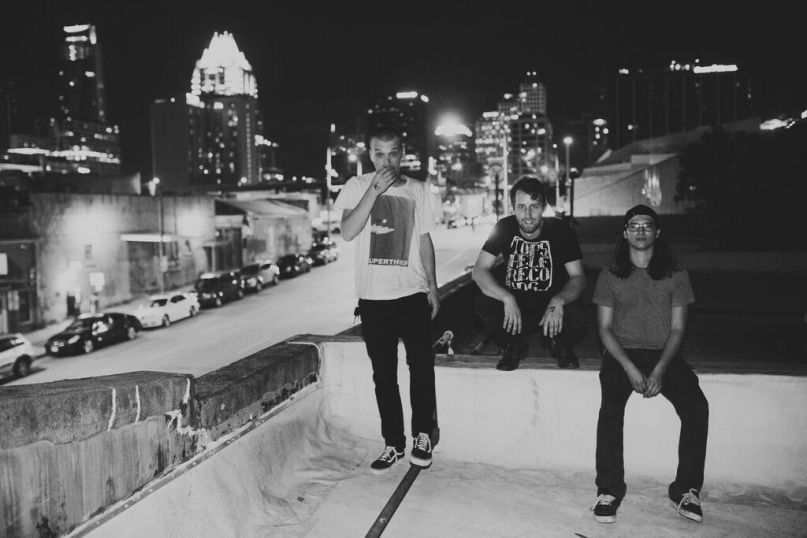 While Carl Sagan’s “A Glorious Dawn” is headed to space thanks to Jack White and Third Man Records, Austin’s Carl Sagan’s Skate Shoes look forward to dropkicking some serious raucous on earthlings via its self-titled debut album.

Earlier this month, the noise-punk outfit gave us a peek at the upcoming LP with “(I)”, which, according to our own Nina Corcoran, called to mind “the grit of Sonic Youth and unstoppable anger of Shellac.” Now, they’ve shared “Sundance Kid”, a number that channels the same feral intensity The Jesus Lizard once dished out. “Ain’t got nowhere to run to, ain’t go no home/ I’m a wanted man,” howls guitarist/vocalist on the lam Steve Pike. “I hear the way the only way out is to die by the noose.”

’90s noise-rock may be the musical kindred spirits of “Sundance Kid”, but according to Pike, Carl Sagan’s Skate Shoes were tuning into an unlikely singer-songwriter at the time of writing and recording:

“Jacob and I wrote this while we were still a two piece after listening to a lot of Neil Young’s “Harvest” and trying to blend it with the intensity and grit of Shellac. I didn’t really have an idea for the song, but Jacob came up with the concept of having it be about train robbers and I immediately thought of “Butch Cassidy and The Sundance Kid”. So essential it’s a country western tale that we wrote while really high listening to Neil Young.”

Carl Sagan’s Skate Shoes is due out on August 19th via Super Secret Records.