Searching for 2016’s Song of Summer

With the season nearly halfway over, which chart-topping single will reign over the heat? 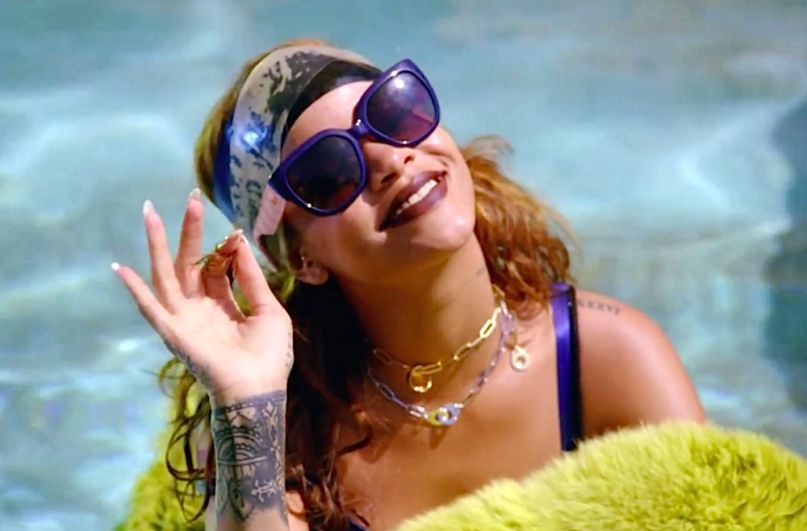 Singled Out is a monthly column in which Collin Brennan turns up the radio and takes a look at the chart-topping singles of the day. With summer approaching its midpoint, this inaugural column lays out five criteria to help pin down that most elusive of singles: the so-called “Song of Summer.”

It feels a bit trite to say that music brings people together. Hell, it’s not even all that true. In lots of ways, music actually divides us, partitioning our tastes into an astounding variety of genres and subgenres that help us to say “I am a [this]” or “I am definitely not a [that].”

We (some of us, in any case) want our tastes to help define the things we stand for and, just as importantly, the things we stand in opposition to. To claim that you’re into Japanese noise rock is not merely to align yourself with an underappreciated genre, but to indicate to anyone who might be listening that a) you’re worldly, b) you appreciate the finer points of atonality, and c) you’re a real free-thinkin’ individual.

That’s all fine and good, but the beautiful thing about mainstream pop music is that it doesn’t give two shits about your individuality. Rather than speak to an individual, pop music speaks to individuals en masse. Each chart-topping single offers a wide-angle snapshot of our culture at any given moment, with clues regarding what we value as a society (youth, freedom, staying up and sexting all night) and how we interpret and disseminate those values.

And perhaps no kind of pop music — no style or genre or subdivision of catchy tune — reflects our exact cultural moment more precisely than that most elusive of singles: the so-called “Song of Summer.”

Critics have long obsessed over that term, publishing article after article in an attempt to pin down which song rules the summer. Though it seems a bit silly or arbitrary to focus on one season as the height of the music calendar, it also makes a lot of sense. Summer represents the year’s midpoint, and if a single hasn’t caught traction by now, it’s probably unlikely to reach the status of mind-numbing ubiquity until next year.

Summer is also the time most closely associated with the lyrics and themes of most pop songs. In 2010, Katy Perry “drove to Cali and got drunk on the beach.” In 2013, Daft Punk and Pharrell stayed “up all night to the sun” (following the lead of none other than Sheryl Crow, who way back in ‘94 just wanted to have some fun “until the sun comes up over Santa Monica Boulevard”). Pop music is a celebration of shedding responsibility and indulging the parts that make us human, and one of those parts happens to be an innate attraction to warm weather and chill vibes.

In past years, it hasn’t always been easy to pin down one definitive Song of Summer. Sure, Sia’s “Chandelier” seems like an obvious choice for 2014, but then you remember Calvin Harris’ (perhaps too on-the-nose) hit single “Summer” and the narrative gets a bit confused. To clear up some of that confusion, let’s try to nail down five criteria that every song of summer definitely needs to fill. We’ll even use 2016’s batch of candidates to illustrate why some would-be songs of summer soar while others taste like stale Corona.

It Should Be Stupidly, Inconceivably Catchy…

Tunnel through the layers of polish and Auto-Tune and you’ll arrive at the core of a pop single’s appeal: the hook. Simply put, any song of the summer worth its weight in SPF 30 needs to have an unimpeachably awesome hook, capable of wedging itself in the listener’s ear for months on end.

This is where a song like Drake’s “One Dance” excels. The dancehall- and afrobeat-inspired club hit is more complex in concept than execution, built around a minimalist piano melody that never strays far from its basic progression even as the track builds throbbing tropical polyrhythms around it. Though the song’s cross-cultural musical references give it an air of unpredictability, “One Dance” actually features multiple points of attachment for the listener to latch onto. There’s Drake’s typically melodic vocals on the chorus, but there’s also Kyla’s “Baby, I like your style” in the bridge and that irresistible guitar lick that punctuates Wizkid’s break. All three hooks could anchor a song on their own; together, they make for one beast of an earworm.

Other Song of Summer candidates that achieve near-cataclysmic levels of catchiness include Chance the Rapper’s modest hit “All Night” (thanks to Knox Fortune’s party-time hook in the chorus) and Rihanna’s “Work”, which gets its strength from repetition and a memorable display of linguistic malleability.

…But It Can’t Sound Like It’s Trying Too Hard

All of the above songs arrive at their hooks in a more or less organic fashion, with enough of a personal element (Drake’s unmistakable vocal style, Chance’s hometown debt to Chicago house, Rihanna’s Barbadian accent) to make the whole package sound authentic.

The best pop music convinces us of its own originality, even as it’s using the same old tricks to draw us in. Pop singles may be written to appeal to as wide an audience as possible, but that doesn’t mean they’re written by faceless robots whose sole intention is to sell records. People still need a story and a voice to connect to; songs that skate by on universal platitudes and hackneyed imagery tend to wear out their welcome before long.

Take Calvin Harris’ “Summer”, which plenty of critics were ready to crown the Song of Summer back in 2014. That gigantic EDM synth hook is nothing to scoff at, but Harris failed to inject any semblance of real emotion into a song whose title was already trying too hard to position itself as a seasonal hit. Summer may be fleeting, but lyrics like “We could be together, baby/ As long as skies are blue” slide right off the brain and form a tepid puddle on the floor.

One of this year’s primary contenders, Justin Timberlake’s “Can’t Stop the Feeling!”, suffers from a similar lack of personality. It doesn’t even particularly sound like a Justin Timberlake song, opting for a lightweight and straightforward disco-pop vibe that aims to please everyone from auto mechanics to Anna Kendrick, if we’re to believe the song’s multiple music videos.

Is “Can’t Stop the Feeling!” a successful pop song? Undoubtedly. But something about it feels a little too engineered, a little too bold-faced in its emotional manipulation to really go the distance as a summer classic.

It Should Incorporate Elements of Various Popular Genres

The beautiful thing about popular music is that it doesn’t conform to any one style for too long. It’s always changing with the times to give once-fringe genres a place in the spotlight (on the other hand, it’s just as quick to discard those same genres once it’s eaten its fill).

One reason we care about naming a Song of Summer in the first place is to give the year some necessary context — to place it inside the larger narrative of pop music and to help us understand where we’re going and where we’ve been.

In 2015, Fetty Wap’s “Trap Queen” showed us that trap music, a bleak and gritty style of hip-hop originating in the South, had finally transitioned from a regional interest into a national fascination. But it could only do so in a package that also included more melodic elements of hip-hop and R&B, both genres that the mainstream public was already intimately familiar with when “Trap Queen” hit.

The same goes for “One Dance”, a song that incorporates elements of dancehall and afrobeat but retains a recognizably pop sound, and The Chainsmokers’ “Don’t Let Me Down”, which also incorporates elements of trap as well as EDM and even a trace of atmospheric alt rock. The takeaway seems to be that music has evolved to a point where cross-genre experimentation is a prerequisite for lasting chart success.

It Should Be a Staple on the Festival Circuit

Can a single really be labeled the Song of Summer if it hasn’t been tried and tested in summer’s greatest live-music gauntlet? No music fan can attend every summer festival (there are literally hundreds of them), but the major fests do help to create narratives that follow artists for the rest of the year and into the next.

Festivals also offer a live-music environment that’s unique to the summertime, with tens of thousands of people descending on outdoor stages to interact with music in a way that’s fundamentally different from simply turning up the radio while stuck in traffic.

Big-time players like Harris and Ellie Goulding seem to recognize this, going out of their way to populate lineups at Coachella, Lollapalooza, and other major festivals. Other artists looking to break into the next stratosphere, like Halsey and The 1975, understand the importance of playing the right song for the right crowd at the right festival.

When it hits, there’s nothing quite like it. Harris’ set at Coachella was mostly a dud, but don’t kid yourself: He absolutely benefited from the sea of people who descended on the main stage to catch a glimpse of special guest Rihanna during “We Found Love”. It certainly paved the way for the duo’s next collaboration, “This Is What You Came For”, which debuted on BBC Radio 1 the following week.

It Should Speak to a Larger Cultural Narrative

Above all, a true-blooded, Bud Light Lime-swigging Song of Summer needs to say something about the year it supposedly represents — perhaps not overtly, but certainly between the lines. This goes back to the example of “Trap Queen” and how it spoke to the emergence of new genres in the mainstream, but songs can work their way into the broader cultural narrative in other ways, too.

Just look at “This Is What You Came For” and the swirling thunderstorm that’s been gathering around the song ever since Taylor Swift came out and said she co-wrote it under the pseudonym Nils Sjoberg. No pop song exists in a cultural vacuum, but it’s hard to hear “This Is What You Came For” without immediately thinking of the Summer of Swift and the victims left in its wake (including, of course, Swift herself).

But the EDM-influenced single also works on its own terms, bridging the gap between the club and the beach with its chilled-out vibe and an instant vocal hook courtesy of Rihanna. Speaking of Ri-Ri, it would seem fitting that she be featured in the Song of Summer, as her stamp has been all over the music world since the release of Anti and her appearances alongside A-list acts such as Drake, Harris, and Kanye West.

Does “This Is What You Came For” span genres? Yes. Does it sound both distinctive and catchy? Yes, praise be to Rihanna. Has it been all over the place, both in terms of live performance and cultural narratives? Yes again. So there you have it, folks. Your Song of Summer for 2016.

Now go grab a boombox and hit the beach. Summer’s gonna end before you know it.